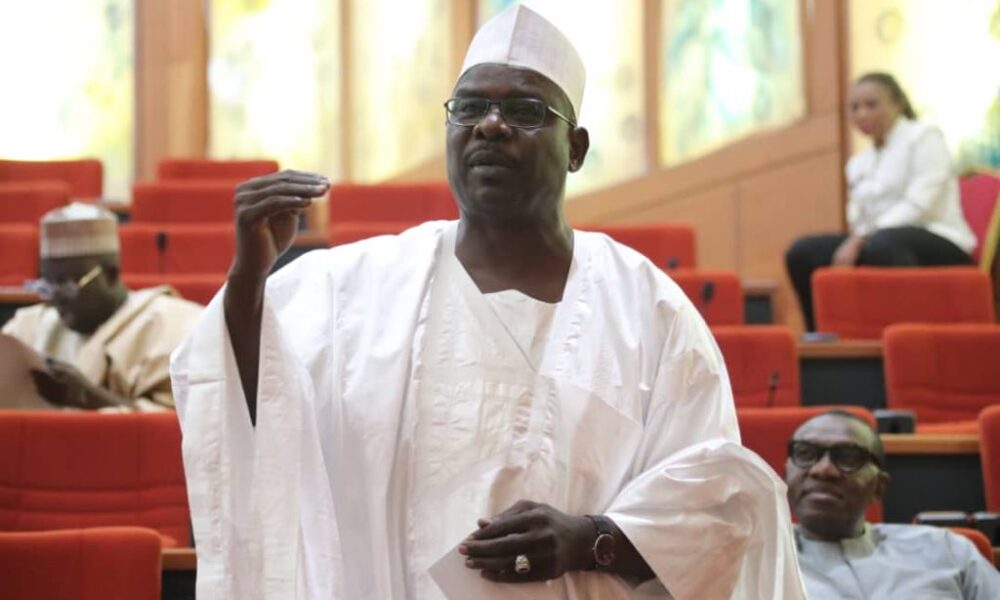 Chairman of Senate Committee on Army, Senator Ali Ndume, on Sunday reacted to the travel advisory issued by the United States government to Americans planning to travel to Nigeria.

Ndume disclosed that there was no big deal about such warnings given the level of insecurity in the country.

In recent times, the activities of Boko Haram insurgents as well as bandits amongst others have led increase in killings and kidnappings in the country, especially in the northern region.

WuzupNigeria reported that at least three of the 23 abducted Greenfield University students who were kidnapped by bandits in Kaduna State were killed last Friday after reportedly making an ₦800m ransom demand less than 24hours after their abduction on last Tuesday.

Expressing his view on the US security advisory, Ndume opined that “America has the right to advise its citizens on the issue of security just the same way I won’t advise anybody to travel anyhow within Nigeria.

“There is no big deal about the American travel advisory to its citizens wishing to come to Nigeria.

“The truth of the matter is that we are facing security challenges that are more intense than the situation before now especially with the new dimensions in addition to the existing ones.

“It is a matter of concern. I am of the view that security and welfare of the citizens should remain paramount,” he said.

The senator representing Borno South Senatorial District noted that the country needs additional manpower in the military as well as modern equipments to prosecute the war.

He canvassed all hands to be on deck and urged Nigerians to provide useful intelligence that could the fight against banditry and insecurity in the country.

“I am scared and worried because I don’t have anywhere to run to. Right now I don’t have visa to any country.

“I spend all my holidays traveling from one state to another with members of my family. That is why the current security situation is of great concern to me,” he said.