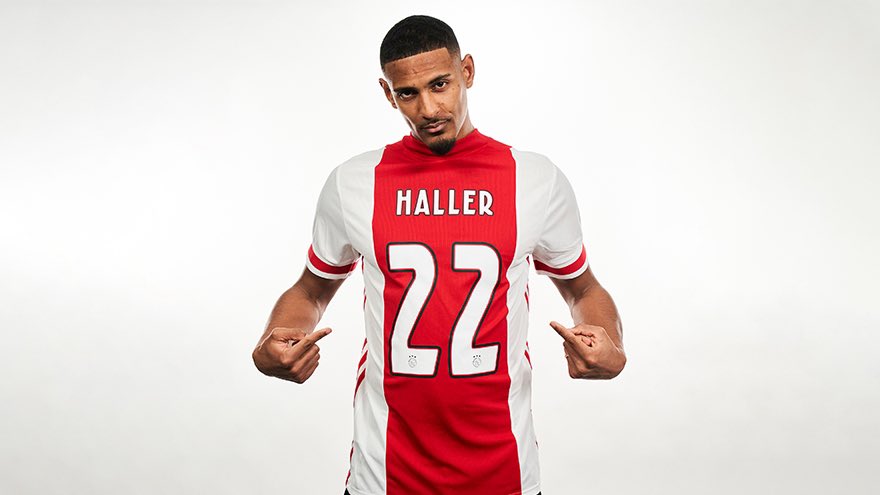 Dutch champions, Ajax have completed the signing of Sebastien Haller from Premier League side, West Ham on a four-and-a-half-year deal worth £20.2m.

The 26-year-old Ivorian international joined the Hammers in the summer of 2019 for more than double the amount he was sold to Ajax.

David Moyes’ side coughed out £45m to Eintracht Frankfurt for the 6ft1 striker who bagged just ten goals out of 38 shots on target in 48 appearances for the Hammers.

The former France Under-21 international is not a newbie to the Eredivisie having previously spent two-and-a-half seasons with Utrecht.

Speaking to the club, Haller who will wear the number 22 jersey said that “the dream is to score and win on Sunday” as he looks forward to his first match for the club against PSV.

“This is a club that you can perform, play Champions League, fight for the title every season, that’s a winning mentality that’s always fine for strikers. Also, it’s a good adventure in Holland, my daughter is born here” he told the club, admitting it feels like home.

Haller scored 51 goals in almost a hundred games during his previous stint with Utrecht and he is expected to leave his West Ham horror behind as he reunites with his former Utrecht coach, Erik ten Hag.

UFC: Irwin Rivera in police custody for attempted murder of his sisters