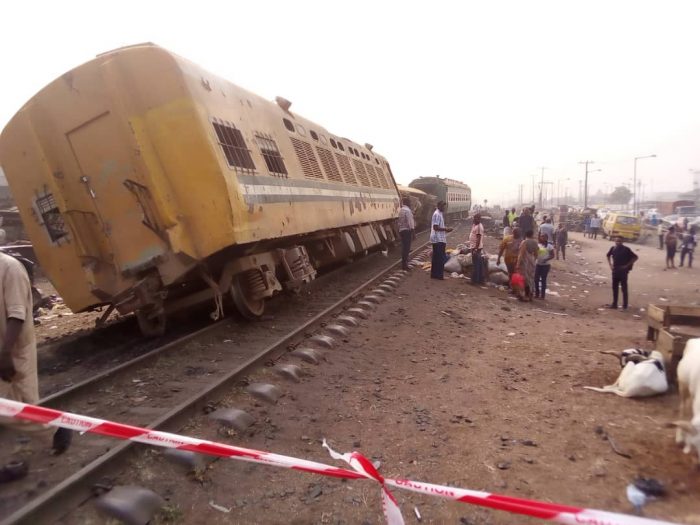 A train loaded with water pipes from Lagos to Zaria has derailed in Kaduna State.

It was gathered that no one was injured in the accident which occurred at about 5:50pm on Saturday around Unguwar Kanawa axis, opposite Sultan Bello Mosque in Kaduna.

“There was no casualty and no property damaged”, Kaduna State Police Command Spokesman, ASP Mohammed Jalige said.  “The train developed some fualts and derailed, it was on transit from Lagos to Zaria.

“We have deployed our operatives to secure the place and protect the pipes.”

“Some pipes were scattered due to the accident. However, patrol teams of Operation Yaki have been deployed for security coverage in the area.

“No life was lost and no one sustained injury.

“The railway Headquarters has been contacted to send their technical team to the scene,” Mohammed said