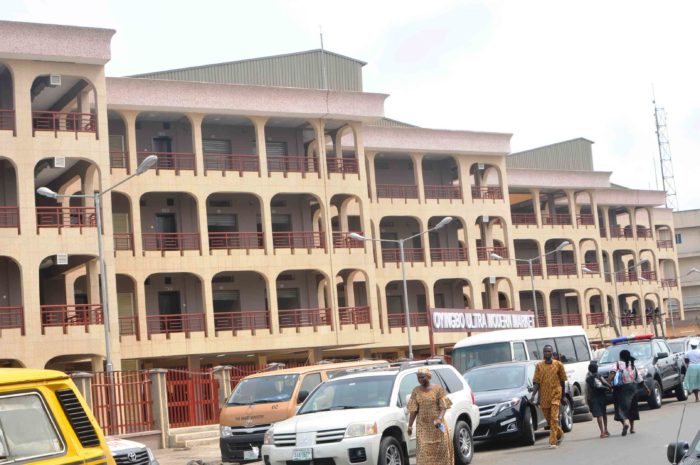 Mrs Rasheedat Essien, the Council Chairman, gave the warning while reacting to the killing of a 19-year-old girl, Blessing Ogunniyi, by a trailer in Oyingbo on Wednesday night.

An eye witness, Mr Dhikrullahi Adepoju said that the truck crushed Ogunniyi to death at Oyingbo end of Apapa Road around 7.30 p.m.

He said many commercial mini-buses had parked on the narrow road, picking passengers and that the deceased was hit against one of the buses while returning from work.

Adepoju said another 13-year-old girl, Deborah Adebanjo, a student of Aje Comprehensive High School, Sabo was also hit by the same truck and she was critically injured.

The eye witness, who is a watch repairer at Oyingbo, said the truck had been impounded at Iponri Police Station.

Confirming the accident, Essien said she received the news of the incident with sadness and anger.

While describing the death of the teenager as unfortunate, the council chairman said the incident would not have happened if commercial drivers, using mini-buses to play Oyingbo-Costain route, have been playing by the rules.

She said the council had warned the drivers against parking indiscriminately to pick passengers, saying they had failed to heed the warning.

Essien said the council would no longer condone such acts, warning violators to desist or face heavy sanctions.

“We have always warned these drivers against parking on the roads picking passengers but they will not listen.

“They partially comply when our local government officials are on the field and immediately they close from work, these people return to the road, thereby narrowing the road for other motorists.

“We will no longer take this kind of thing.

“We will deal with anybody caught disobeying the rules henceforth,’’ she said.

Speaking, the deceased’s father, Mr Olaoluwa Ogunniyi, said he was out of Lagos when the incident happened.

Ogunniyi said that her daughter, who was a fashion designing apprentice, “was returning from work when she was crushed to death’’.

He said that he was told that the speeding truck crushed blessing against commercial buses popularly known as “Korope” which had occupied half of the road.

Also speaking, Deborah’s father, Mr Abiodun Adebanjo said his daughter had her limb crushed and was immediately rushed to the hospital.

“She was first taken to the Federal Medical Centre, Ebutte Meta but was later referred to a private hospital due to lack of bed space,” Adebanjo said.

He added that Deborah “is now in stable condition”. #