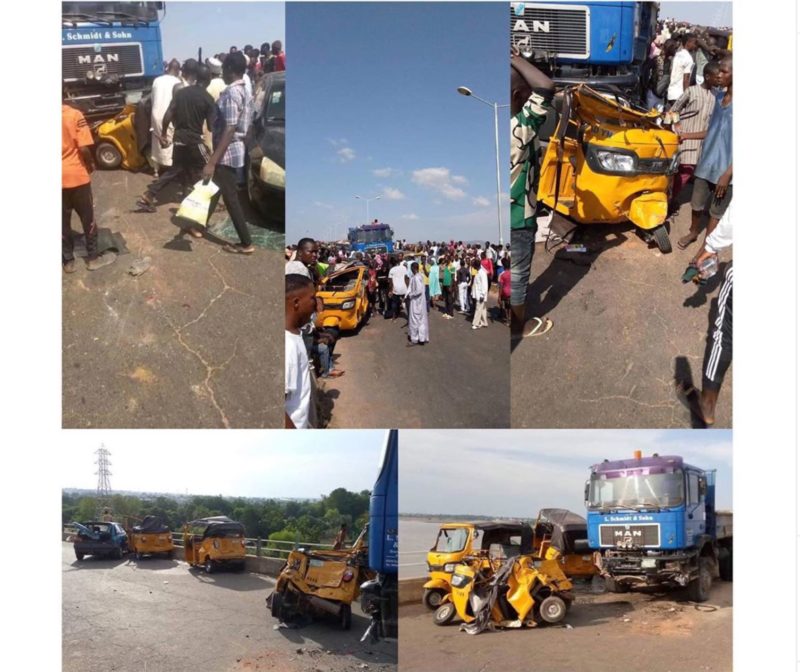 Quoting residents in the area, DAILY POST reported that the accident was caused by police officers, who were pursuing the truck driver for refusing to give them money.

A resident of Viniklang, Malam Umar Shehu, who also sent pictures of the accident to DAILY POST reporter, said he participated in the evacuation of corpses to the hospital in Yola.

According to him, the explanation the police gave was that they were chasing the truck driver for carrying goods suspected to be foreign rice, a situation which led to the unfortunate incident, resulting in the death of many.

“But, there was no foreign rice in the truck, it was farm produce. The driver said they were chasing him for refusing to give them money at a checkpoint the police mounted,” Umar said.

One of the passengers, a student at the Modibo Adama University, who identified himself as Salisu Ibrahim said he narrowly escaped death by whiskers.

“I did not know what happened, but we suddenly saw the truck coming with speed and police van was pursuing it. All of us in our Keke Napep jumped out and fled, the driver lost control and the truck began to hit other Keke Napep and crushing people before our very own eyes. It was horrific,” Ibrahim said.

MORE READING!  Return to work within 24hrs or forfeit your salaries, Wike warns striking doctors
Related Topics:AccidentFeaturedPoliceTrailer
Up Next