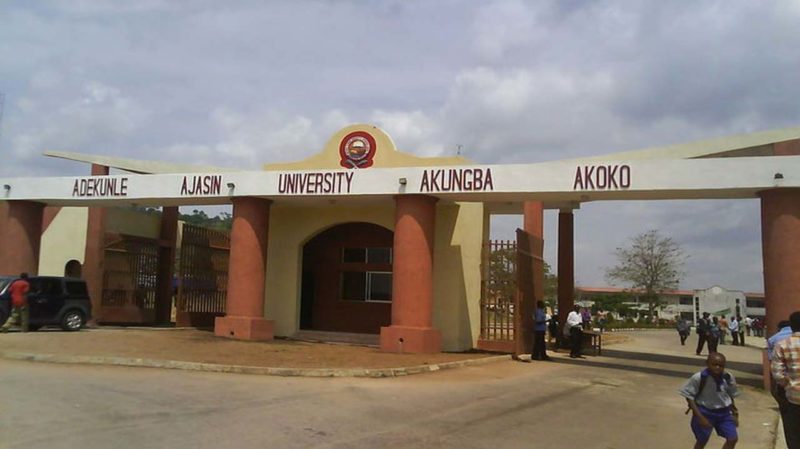 The management of the Adekunle Ajasin University, Akungba Akoko, Ondo State, have shut the school indefinitely 24 hours after multiple students died in an accident.

According to reports, at least 12 persons were feared dead, with no fewer than 15 others serious injuries, after a fully loaded Dangote Cement truck lost control due to brake failure and rammed into business centres and shops near the university gate at about 6 pm.

The circular read “Further to our circular of Saturday 23rd January, 2021 and the attendant protest by students on Sunday, 24th January, 2021, the Acting Vice Chancellor, Adekunle Ajasin University, Akungba Akoko, Prof Olugbenga Ige, on behalf of Senate, has directed that the University be closed with immediate effect until further notice.

MORE READING!  Sowore shows up in court with native doctor

“All students are therefore advised to vacate the campus latest by 6pm today, Sunday 24th January 2021.”

Reports revealed that a former Student Union President of the university,  Adesomoju Samuel Tobi popularly known as “Sampraise” ( A 500 level law student) was one of the victims.

Further reports from Vanguard revealed that three siblings, who were undergraduates of the institution died on the spot during the crash. The shock of their death has reportedly led to their mother’s demise.

Following the tragic incident, a number of irate youths prevented government delegation, which includes the Chief of Staff, Mr Olugbenga Ale, the Pro-Chancellor of Adekunle Ajasin University, Dr. Tunji Abayomi among others, access to Akungba Akoko to get first-hand information of the accident,

Reports revealed that the youths blamed the government for neglecting the community as no efforts were made to curb incessant accident.