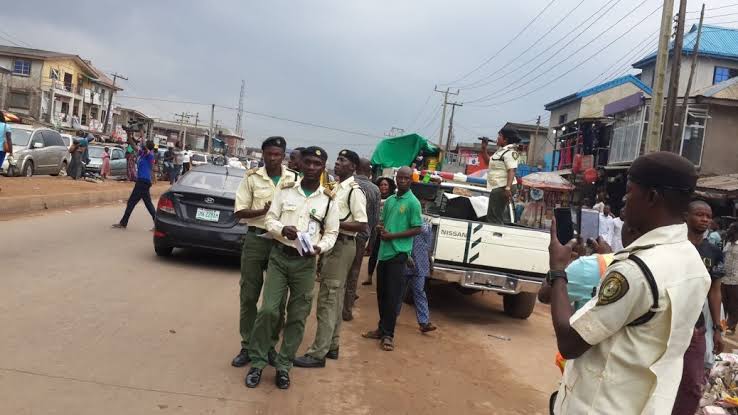 The Ogun Traffic Compliance and Enforcement Corps (TRACE), has adviced the commercial vehicle drivers plying Owode-Ijako road, on the Abeokuta-Lagos Expressway, to cooperate with its personnel to minimise gridlocks along the axis.

The Owode-Ijako Unit TRACE Commander, Tope Oseni, who spoke on behalf of the Corps Commander, Seni Ogunyemi, made the appeal in an interview with the Newsmen on Friday in Ota.

Ogunyemi said that the advice became necessary following the behaviour of such drivers picking and dropping passengers due to the ongoing constructions works along the area.

He noted that there was the need for commercial vehicle drivers plying the axis to change their attitudes in order to bring unnecessary discomfort inflicted on motorists and other road users to an end.

“The drivers had become a threat to the free flow of traffic along the, because they flout traffic rules and regulations when picking commuters.

“We are appealing to them to cooperate with our personnel by adhering strictly to traffic rules and regulations to minimise gridlocks,” he said.

Ogunyemi enjoined commercial vehicle drivers against wrong overtaking and nefarious acts that could endanger the life of other road users which could lead to mishaps on the highway.

The TRACE Chief reiterated the corps’ commitment to continue to cooperate with other traffic agencies to ensure safety of lives and property as well as reduce gridlocks to the barest level in the state.