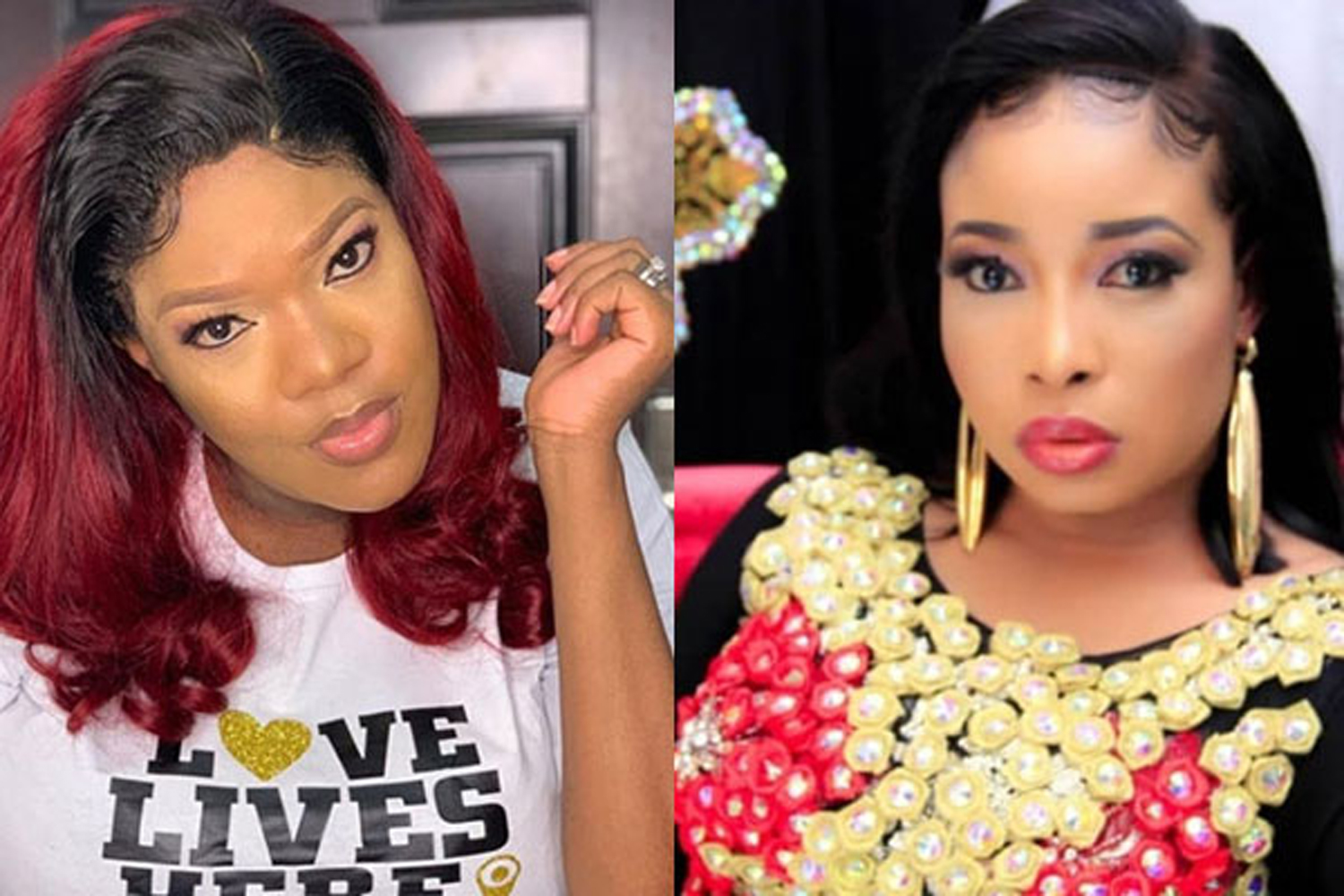 Actress Toyin Abraham on Tuesday disclosed the untold strain and agony her social media fight with Lizzy Anjorin has brought to her family.

Recall that back in September 2019, an Instagram blog reported that Liz was ‘held and searched for drug peddling’ during her hajj trip to Saudi Arabia.

The report went on to say the actress was ‘teary all through her encounter with the security agents at the airport’.

Reacting to the speculation, Liz disclosed that her investigations revealed that a professional colleague, Toyin Abraham leaked the story to blogs.

Armed with such information, the aggrieved came for the latter with guns blazing.

Well, recently, the story came up again after Liz had an interview with social media influencer, Esabod.

Apparently, during the interview, Esabod reigned curses on Toyin, her husband, Kolawole Ajeyemi, and their son, Ire.

Toyin Abraham would not let the issue slide.
She took to an Instagram live session with Iyabo Ojo on Tuesday, May 25 where she stressed that she had nothing to do with the drug peddling story about Liz whom she claimed that she met just twice in her life.

She swore by the Bible amidst tears that she had nothing to do with the Liz Anjorin drug peddling story.

Related Topics:FeaturedLizzyAnjorinToyin Abraham
Up Next