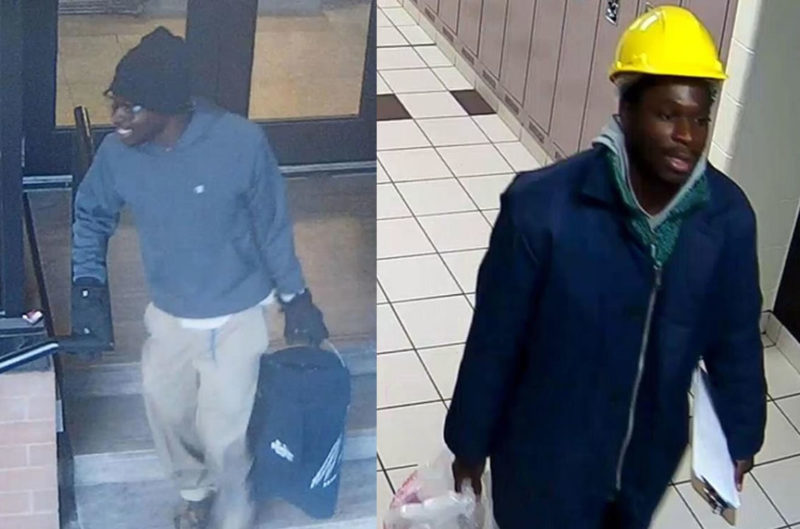 Toronto police have arrested charged a suspect who is accused of throwing buckets of faeces at five people in three separate attacks.

Samuel Opoku of Toronto, who was arrested on Tuesday, is charged with five counts of assault with a weapon and five counts of mischief interfere with property.

The 23-year-old is to appear in court on Wednesday.

Police allege a man threw liquefied faecal matter on a woman and a young person on Friday at the John P. Robarts Research Library, on a man and a woman at the Scott Library on Sunday and at a woman on Monday.

Police have said the attacks appeared to be random.

“You can imagine the questions, and we’re just as confused as everyone — and just as determined to try to put an end to this. Because it’s just absolutely horrible and disgusting and confusing.”

Douglas-Cook said the most recent attack took place just before midnight Monday at a major intersection in the city’s downtown core.

She said a man in a yellow construction hat and dark blue jacket allegedly walked up to a woman and poured a bucket of liquefied faecal matter over her before running away.

She said investigators have not been able to pick up on a pattern among the alleged victims, noting they do not appear to have any connection to each other and did not recognize the suspect.

“I’m not seeing any consistency with any one group being targeted, and that includes gender or race or anything at this point,” Douglas-Cook said.

“I just hope that people support the police in trying to track this person down,” Tory said at a press conference. “This is a person, to me, who has some very serious issues.”

The recurring incidents garnered a great deal of attention on social media from Toronto residents disgusted by the prospect of crossing paths with the suspect.

But Dr. Isaac Bogoch, an infectious diseases specialist at Toronto General Hospital, said the public’s understandable concern need not be complicated by concerns for their health.

He said that while faecal matter teems with bacteria, the human immune system is well-equipped to neutralize any contact with the substance — regardless of its source.

“Once in awhile a pathogen can slip past the goalie and cause an infection, but certainly if someone had an exposure like this the risk is still very, very low,” he said.

Douglas-Cook said officers recovered the bucket used during the most recent incident and have turned it over to forensic investigators.

MORE READING!  Barack Obama to publish memoir right after US election
Related Topics:canadaFaecesFeaturedPoliceSamuel OpokuToronto
Up Next

Police arrest man with 10 bags of Indian hemp in Kano