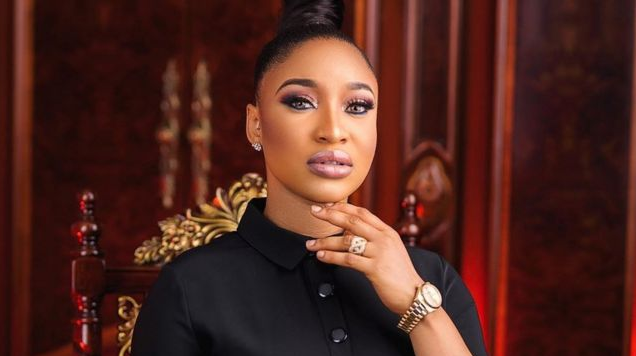 Nollywood actress, Tonto Dikeh has been given a new appointment by Guinea Bissau President, Umaro Sissoco Mbalo to lead a team at Africa Peace Awards.

In a post sighted on her Instagram page on Thursday, the thespian shared the good news of her new appointment as a team leader at Africa Peace Awards, 2021.

She shared photos of the program venue and date including the speakers.

Dikeh also told her fans that she had been chosen by the President of Guinea Bissau, Umaro Sissoco Mbalo to lead the team at the awards ceremony.

According to her, the program will be powered by messengers of peace in partnership with the Nigeria /Guinea Chamber of Commerce and Industry.

The Newsmen reports that the actress runs Tonto Dikeh Foundation, a non-governmental organization.

The foundation was established in year 2000 with a  clear vision and passion of making life better for all displaced and underprivileged women, girls, youths, and children in Africa, irrespective of their political, religious, and cultural differences.

Related Topics:Tonto Dikeh
Up Next

Davido apologises to fan who expressed disappointment over his tweet