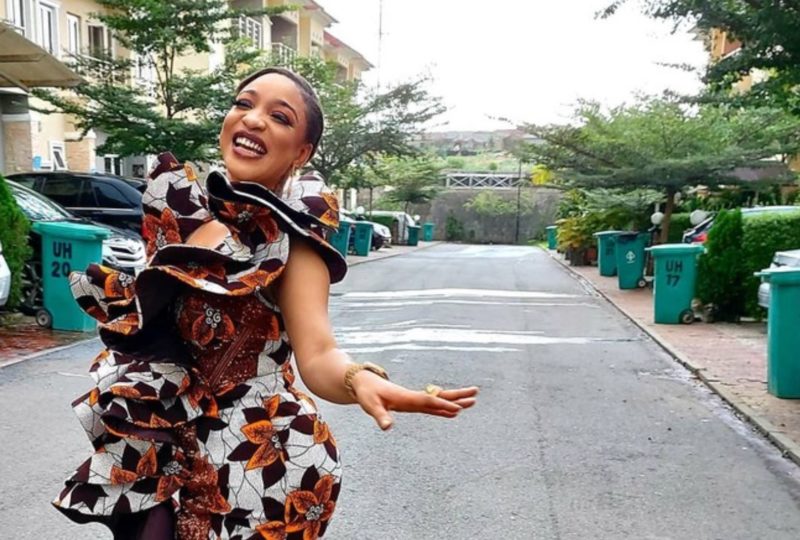 Unconfirmed reports claimed on Saturday that the 34-year-old ‘drama queen’ was deported after clashing with a security guard at an event in Dubai.

However, in a video shared on Sunday on Instagram by her friend, Bobrisky, Tonto described the reports as fake news.

“I heard you guys have been looking for me up to the extent that you created fake news that I was deported. Really?

“Anyways, I’m still here. Gonna be here for a while…and please stop the fake news that I’ve been deported,” she said.

Last Friday, Tonto received a luxury wristwatch as gift from ex-spokesman of the All Progressives Congress (APC), Timi Frank, and an apartment in Dubai for her son, Andre.

The screen beauty had also threatened to reveal Bobrisky’s face without make-up.