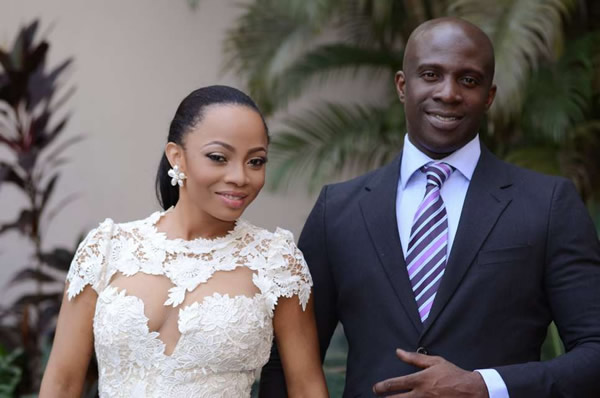 OAP Toke Makinwa has been ordered by a court to pay N1 million to her ex-husband Maje Ayida after he sued her for defamation.

Maje Ayida had dragged the OAP to court to try to stop the promotion and sale of her book On Becoming.

The book gave details of their 13-year relationship and how he got another lady pregnant while they were married.

According to Maje Ayida, the book contains misleading information which subjected him to ridicule.

He demanded N100 million as damages and asked the court to donate the sum to four charity organizations.

The suit has now been brought to an end by Justice Ogunjobi of the Lagos State High Court at Tafawa Balewa Square.

Ogunjobi said that after careful examination of Toke Makinwa’s book, it only found defamatory contents on page 54 line 11-16 and page 83, Line 1.

The court ordered that the book must henceforth be produced without pages 54 and 83.