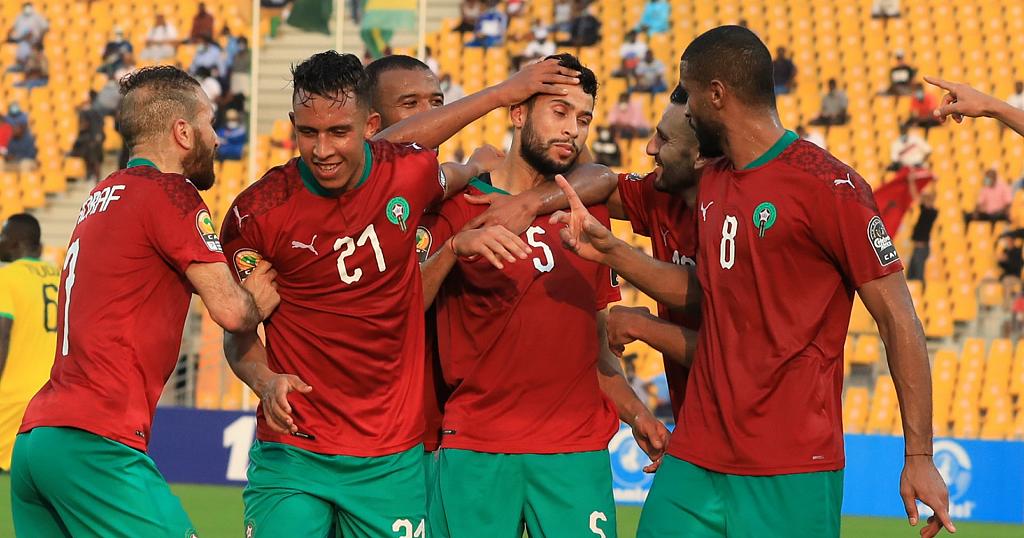 The defending champion  Morocco reached the quarter-finals of the 2020 African Nations Championship (CHAN) after defeating Uganda 5-2 in Douala on Tuesday.

A second-half revival by the Atlas Lions secured their emphatic victory at the Stade de la Réunification to ensure they finish top of Group C with seven points.

The result means the Ugandan Cranes crashed out of the competition as they finished bottom of the group with just one point after three matches.

Two goals by Soufiane Rahimi and further strikes by Ayoub El Kaabi and Hamza El Moussaoui, as well as an own goal by goalkeeper Charles Lukwago, steered the Atlas Lions to the victory.

Midfielders Ibrahim Orit and Saidi Kyeyune scored for the Ugandans but their efforts were not enough to prevent them from the heavy defeat.

Morocco by topping the group with seven points have kept alive their hopes of retaining the title they won on home soil at the competition designed exclusively for home-based players.

The Atlas Lions, who had come under pressure from their fans for their unimpressive showing in their first two matches of the tournament, took charge of the game by dominating the early exchanges.

They had several goalscoring chances to take the lead in the opening 20 minutes but striker Ayoub El Kaabi missed three decent chances.

Goalkeeper Charles Lukwago was also in top form to prevent the champions from breaking the deadlock.

Against the run of play, Uganda opened the scoring in the 25th minute with Orit taking advantage of some sloppy marking to fire home with goalkeeper Anas Zniti completely beaten.

The Atlas Lions were not to be denied just before the break when defender Mustiafa Mujuzi handled the ball in the penalty box.

El Kaabi made no mistake by sending Lukwago the wrong way to restore parity and make history by becoming the first person to score 10 goals in the CHAN competition.

The striker scored nine goals in the previous competition in his home country and by plundering his first goal of this tournament he wrote himself into the history books.

The Moroccans returned from the break determined to win the match and Adam Ennaffati took charge of tormenting their opponents from the right wing.

Ennaffati combined with Rahimi to give the title holders the lead just six minutes after the break before a goal by Hamza El Moussaoui in the 71st minute made it 3-1.

The Atlas Lions continued to pile the pressure and Rahimi got his second of the match when Al Kaabi’s bicycle kick accidentally fell to him before the midfielder fired past Lukwago.

Set piece specialist Saidi Kyeyune’s free-kick just outside the goal in the 84th minute beat goalkeeper Zniti to revive the faint hopes of the Cranes.

But Abdellilah Hafidi’s effort went in via goalkeeper Lukwago to put the game beyond the Cranes and seal Morocco’s place at the top of the group.

The Altas Lions will play the second-placed team in Group D in the quarter-finals to be played at the the Stade de la Réunification in Douala on Sunday.