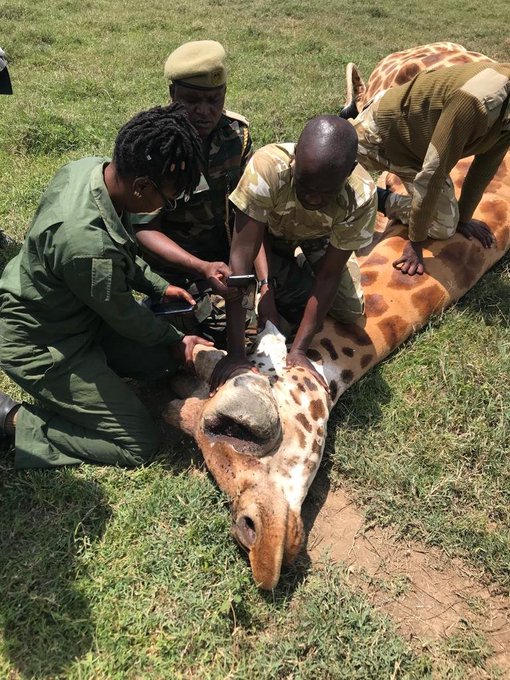 Kenyan authorities have confirmed the tragic death of three of the most endangered distinct populations of giraffes, the Rothschild giraffes.

According to reports, the giraffes died of electrocution in Soysambu Conservancy within Nakuru County in Kenya after coming in contact with low hanging power lines.

Soysambu hosts a population of approximately 120 giraffes. As of August 2018, the conservancy reported to have identified 50 males, 41 females and 33 young. Some have unfortunately since been killed.

According to the Conservancy, this is not the first time an endangered species is electrocuted in August 27th 2018, another magnificent male, Argos, was killed by a power line. The electrical lines are deadly to the tallest terrestrial mammal. Argos was the sixth endangered giraffe killed by power lines in the past 10 years.

Rothschild’s – a subspecies of the Northern giraffe – are one of the most endangered species of giraffes, with 1,669 individuals estimated in the wild in 2016, according to Wikipedia.

Ms Paula Kahumbu, a conservationist, said the deaths could have been prevented if experts’ advise was heeded.

“These power lines have been killing giraffes, vultures and flamingos. Advice from experts was ignored. RIAs [Risk Impact Assessments] are notoriously poor on many development projects. Sad that it takes these kinds of deaths to wake some people up!” she tweeted.

“Preliminary reports indicate that the height of the electricity poles crossing Soysambu Conservancy are low, below giraffe’s height,” a statement read in part.

Spotify to launch in Nigeria and over 80 new markets