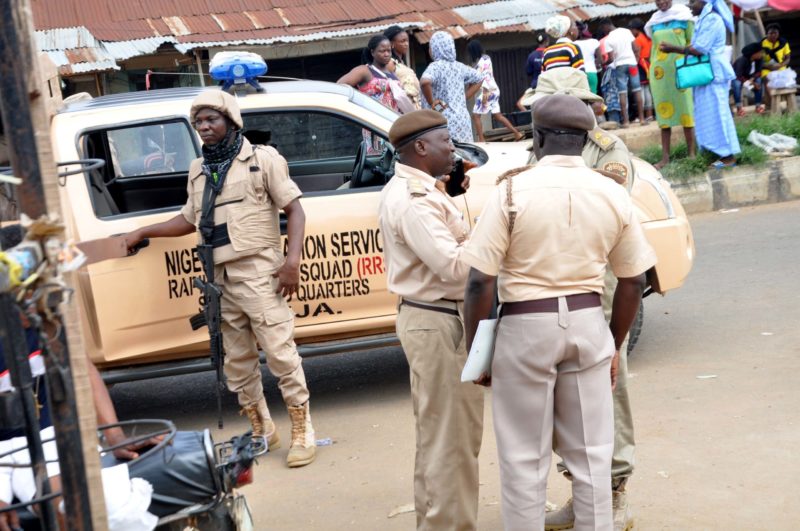 The Nigeria Customs Service (NCS), Kwara Command, said three persons died during a mob attack on its Sector 3 checkpoint and operational base in Ilesha-Baruba area.

Zakari Chado, the Public Relations Officer gave the details in a statement on Saturday.

Chado said the trio were part of the mob that stormed the checkpoint and attempted to overrun the base.

He noted that on January 8, at 8pm, Customs operatives while conducting stop and search at a checkpoint along Saki-Ilesha-Baruba axis, flagged down a Volkswagen Golf Vehicle

The driver of the red vehicle with registration number BDG 453 BH refused to stop. During the pursuit, the driver abandoned the vehicle and fled the scene.

The vehicle was moved to the checkpoint for examination. On inspection, bags of foreign parboiled rice were found.

Chado recalled that within a short period, the driver mobilised a large mob of smugglers and errant youths armed with sticks, stones and locally made weapons.

The statement said after destroying the first checkpoint at about 11 pm, the mob gathered more support from smugglers in other locations to destroy other operational checkpoints in the area.

Chado added that they proceeded on foot and in vehicles to the major Operational Base in Ilesha-Baruba, where arms and ammunition, vehicles, seizures and other operational items were kept.

“The operatives mobilised to deter the attack and protect the Operational Base. Therefore, the operatives had to fire warning shots to deter further attacks to overrun the base,” he said.

The spokesman stated that the deceased may have lost their lives when their vehicle somersaulted as operatives opened fire to stop their attempt to overrun more checkpoints.

The PRO said that the situation was brought under control around 4 am, after reinforcements from Okuta, Alapa, Ilorin and Nigerian Army 244 Recce Battalion in Saki.

The corpses of the three casualties from the mob were taken by the DPO, under the escort of operatives, and deposited at Baptist Hospital Saki.

“At about 8 am on January 9, the operatives held a meeting with the Emir, traditional heads, security agencies, youth leaders and other stakeholders. They plan to identify the perpetrators, prevent recurrence, sensitize the populace and ensure law and order is maintained,” the statement read.