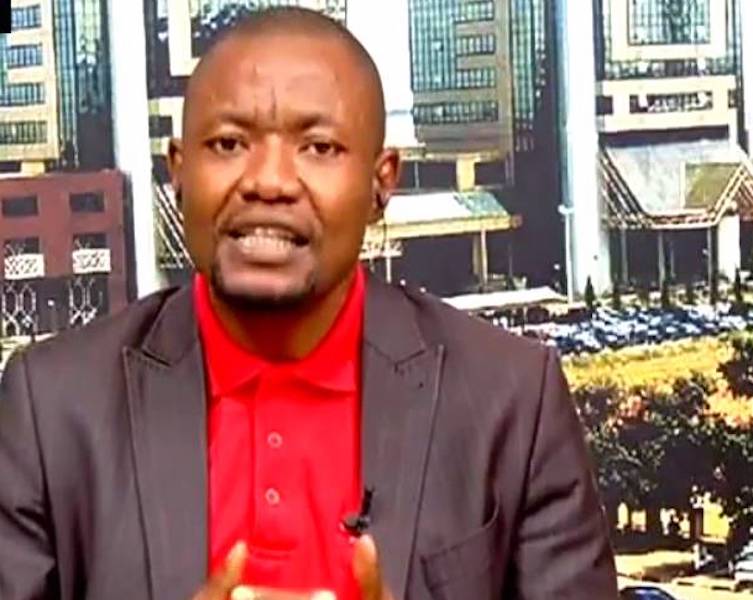 Before now, I did not want to comment on the brouhaha that erupted when Pastor Paul Adefarasin of the House on the Rock Church, told his members, in a sermon, to have a Plan B out of Nigeria; which has been universally interpreted as an “abandon ship” order. It is assumed that the ship of the Nigerian state is sinking fast, and any reasonable captain would tell his passengers to bail out. However, when I realised that many commentators, for lack of ecclesiastical training, were not able to situate the man of God’s warning from an Eschatological point of view, I found it imperative to weigh in.

For one, nobody should take any counsel from a true man of God lightly. Adefarasin is as true as they come. Indeed, for an ordinary human being to exercise supernatural leadership over thousands of souls is enough to show that the person in question is in touch with a higher realm of reality. Even if he does not go about with the bubbly title of prophet hanging on his shoulders, he is in fact a prophet. There is something supernatural he sees that makes ordinary men see him as a medium of the supernatural.

This is why when such a spiritual leader makes a proclamation, or takes the pain to dramatise his prophecy, the public must pay attention. The Bible tells the story of Ezekiel, who proclaimed that the people of Israel would come back from captivity, and in order to show that he believed in his own prophecy, he bought a piece of land. The logic is that you can only invest in real estate when you believe that the land could actually be yours, and that the value would appreciate in the future. In the same vein, Adefarasin informed his members that his wife was already working on his own Plan B. The prophet has invested; we must take note.

That takes us to the question of the veracity of the prophetic clarion call. Those who criticised Adefarasin were only taking peripheral shots. They believed he should have only words of hope and encouragement for his congregants, and for Nigerians. But to view it in this fashion would miss the point. Instead of casting ministers of God in the classical leadership mould, we must look at their source. Their utterances emanate from the supernatural, and even if they do not specifically say it, their ecclesiastical office makes it a given. Hence, we must not judge them, rather we could interrogate the “spirit” that is “bankrolling” their prophecy.

This is where Eschatology comes in. Derived from the Latin word “eschatos”, meaning “final”, Eschatology is the doctrine of the last things. It was originally a Western term, referring to Jewish, Christian, and Muslim beliefs about the end of history, the resurrection of the dead, the Last Judgment, the Messianic era, and the problem of theodicy (the vindication of God’s justice). But because it is highly exclusive knowledge, it has become the secret doctrine which only core religious leaders are privy to. Every religion has it. Splinter denominations and sects spring up when new Eschatologies are revealed to potential founders.

You can trace every man of God’s revelation to an Eschatology. And because religion is “the opium of the people”, the former colonial powers ensured that they guided Africa’s religious leaders’ Eschatology. When they landed, they came in with Eurocentric Eschatologists. The same way, when the Arabs came through Jihad, they came in with Asiacentric Eschatologists. And now that our religious leaders have arrived, they, inadvertently, play according to the script written centuries ago by European hegemonists and Arabian usurpers.

Many of our Pentecostal and Protestant preachers embraced Dominionism (Kingdom Now Theology) – with its end-time worldwide Christian government Eschatology – just as some of our Muslim teachers embraced Salafism – with its Islamic Worldwide Caliphate Eschatology. Now that the two worlds are about to clash, guess who is the cry baby?

It is not about Biafra, Oduduwa or Arewa. It is about taking down the biggest economy in Africa, stealing our resources and confiscating our Afrocentric heritage for good. Europe had overrun us already, China is here now, India is coming. Later, Arab will enter through the backdoor.

Those Western preachers that gave our men of God their messages had ensured that anything Africa was painted black. In the scripture I quoted at the beginning of the column, there is a mention of an illustrious African, Nimrod. The Bible described this son of Cush as a mighty man before the Lord – the same position that Abraham enjoyed, when God commanded him to “walk before me….” There was a man that walked “before” God, even before Abraham was born. That man is Nimrod, a black African.

Read Also
But because Western theologians were the ones who decided how to apply these revealed knowledge, they ensured that the narrative about this African father of faith was painted dark and diabolical. Through what is called “Church tradition”, the narrative that Nimrod was the father of idolatry was injected. Although the Bible does not specifically mention the sins of Nimrod, these European Bible scholars made it a point of duty to impart this odious tale in “Bible Schools”. That is why our clerics fall over themselves to demonise Nimrod and his legacy.

What is more, in modern North American English, the term “nimrod” is now used to mean a dimwitted or a stupid person; a usage first recorded in 1932 and popularised by American pop culture and its globally influential media. What nonsense!

This is why these men of God are scared. They do not have any African heritage except gore, goof and guile. Their Eschatology is Eurocentric. The Western world had blindfolded them, and now that our home is about to burn, their Plan B is not even the Rapture of the Saints (which is the Biblically correct plan B), but the asylum camps of Europe and America. Pity on us!

If not for the fact that their Eschatology has been twisted by American Evangelical theologians, they would have known that the real, Biblical Plan B will be found in 2 Thessalonians 2:2-12 and 1 Corinthians 15:51-58. The Eschatology according to Paul is that before the antichrist takes over the world’s government, Jesus Christ would come “in the air” and “snatch away” the true believers, so that they would later return with Him to defeat the antichrist in the battle of Armageddon (Revelation 19:11-21).

And for those Africans on the other side of the divide – the Muslims – they too would wake up to the harsh reality that we all have been used and dumped by foreign invaders who pretended to teach us how to get to Heaven while grabbing our Earth. They would become slaves in their own land.

This is why we must rewrite our Eschatology. The codes are already written thousands of years ago, right there in the holy books. It is only left for us to decode and then illuminate where the missionaries-cum-colonialists obfuscated. We can start by realising that the Bible says in Isaiah 19:19 that at the end of the age (where we are at the moment), the altar of God shall move from Israel to Africa. That Africa shall become the new Holy Land, a new destination, and the centre of the world. Therefore, where Adefarasin sees gloom, I see glory. Where he sees a Plan B, I see the reinvention of the Plan A. This is home; there is nowhere to run!

The blindness of privilege: Pastor Paul Adefarasin and his call for an exit plan BY Chika Unigwe

How to interview a murderer BY Abimbola Adelakun