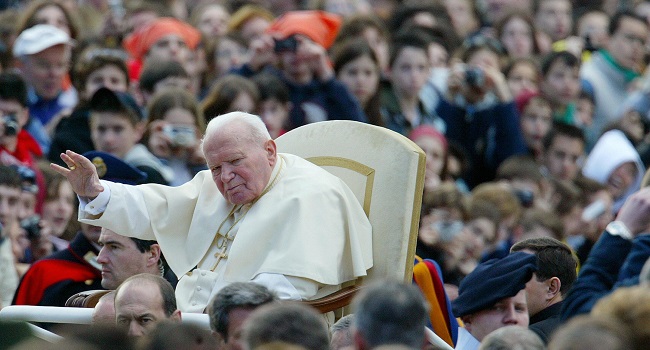 Thieves have stolen a vial containing several drops of blood of the late pope John Paul II from a church in the Italian city of Spoleto, the Vatican news site said Thursday.

Police have opened an investigation into the theft of the relic Wednesday night from the church in Umbria in central Italy, Vatican News reported.

“I dare to hope that it’s a shallow act that was not intended to offend the sensibilities of the faithful,” the report quoted Spoleto Archbishop Renato Boccardo as saying.

“I also dare to hope that this rash act wasn’t done to make money.”

The vial was given to the church in 2016 by Cardinal Stanislaw Dziwisz, then archbishop of Krakow, who was a longtime aide to the Polish pope who died in 2005.

Related Topics:john pual II
Up Next