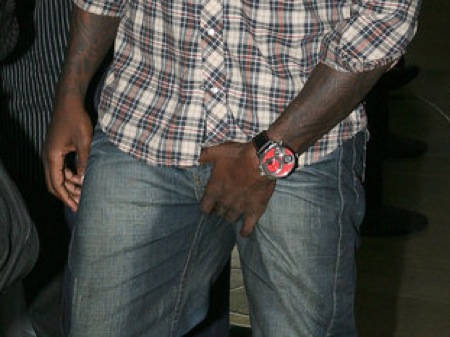 In Benue State, local government is struggling to contain the chaos wrought by an irresistible piece of fake news. Sound familiar?

In the Benue State of Nigeria, young men of the Daudu community are running amok because someone is stealing their penises. For the last two weeks, these men have grown so distraught about their disappearing members that they’ve burned down at least five homes and attacked and killed a pastor. To curtail the spiraling madness, local government officials just imposed an 8 p.m. curfew.

The missing dicks first came to public attention on November 2nd, when local news outlets and African news aggregator sites picked up the story of “Tension in Daudu Community in Benue State Over Mysterious ‘Disappearance of Manhoods.’” The early reports documented that “at least seven men have allegedly had their manhoods disappearing,” and that “one young man alleged to have ended his own life after he was accused of stealing someone’s manhood.”

The men whose dicks went missing quickly consulted with a local spiritual leader, Uhembe Jacob, leader of the Divine Shadow Church, to bless their hunt for their stolen manhoods. They also reasoned that if they gave him money (12,000 Nigerian naira in all, which is equivalent to about 32 bucks), it would please God and cause Him to look favorably upon them and return their stolen manhoods. But when their dicks didn’t return, the young men confronted Pastor Jacob, accusing him of being “an accomplice in the missing male organ incidents in Daudu.”

Pastor Jacob attempted to flee, hopping in his ride and trying to make it to the next town over in Nasarawa State. Unfortunately, he didn’t make it. The mob of young men caught him, pulled him from his getaway whip and killed him. A witness to the scene, a man who according to Nigerian news outlet Punch, “identified himself only as Dennis,” gave his take on the bloody events: “The man ought to have been arrested by the Daudu Divisional Police Officer, but he decided to run away. He was killed in a village along Lafia Road.”

After the men next attacked a police station, Caleb Ana, Chairman of Guma Local Government Area of Benue State, stepped in and imposed a 10-hour curfew. “The reason we imposed curfew is that the youths in the Daudu community have raised alarm and accused certain persons of removing their genitals — male and female organs,” he informed journalists. “They went ahead to burn down the properties of those they suspected and even killed a pastor of the church whom they accused of being responsible. We talked to them and pleaded with them to allow the law to take its course. Even the governor of the state went there himself to talk to them. But last Monday, the youths mobilized and went to the police station in Daudu and threatened to burn it down, accusing one other man whom they beat to a state of unconsciousness while accusing him of removing someone’s genital organ. So it became too much and it appeared they will cause more destruction if they are allowed to be moving about freely.”

For his part, Samuel Ortom, the aforementioned governor of Benue, worried that talk of stolen dicks would scare away investors in his rural state. As such, he asked to see the young men’s missing dicks for himself. But according to another Nigerian news outlet, Pulse, after Ortom “requested those with complaints of missing genital organs to present themselves for physical examination, only one person turned out but could not prove his claim of genital disappearance, hence his male organ was still intact.”

Turns out, there were no missing members. It also turns out that such claims are endemic to Nigeria.

For instance, in 2001, in southwestern Nigeria, 12 people were lynched after they were accused of making men’s genitals disappear. According to the BBC, hundreds of parishioners from the evangelical church Brotherhood of the Cross descended on the town of Ilesa. While they were going door-to-door preaching their gospel, a local “raised an alarm that his penis had disappeared.” As word spread of his plight, his neighbors flew into a bloody rage. They chased down eight of the alleged penis-snatching missionaries and burned them alive.

Meanwhile, the month prior, in the state of Oyo, six people were lynched after they were accused of stealing penises as well. And a decade later, in 2011, similar concerns motivated a not-small number of Nigerian men to forgo shaking hands with strangers, out of fear that such intimate contact could lead to their penis being stolen.

All of this seems to stem from a Nigerian urban legend that dates back to the 1970s, per Sahara Reporters: “The earliest record of an instance of missing manhood was in the 1970s during the first oil boom. Those who could not get their hands on the oil reached out for something with which they could mint their own money. That was when a handshake first led to the disappearance of a man’s penis. It soon became part of Nigeria’s urban legend. Year after year, especially towards the month of December when the quest for quick money is usually at its peak, instances of missing manhood increased.”

Journal papers, such as this one, have analyzed outbreaks of violence related to penis-snatching rumors. The researchers focused on a “small-scale epidemic of genital shrinking” that occurred throughout “six West African nations between January 1997 and October 2003,” attempting to provide some sense of reason and rationality for the frenzies of mob violence, as well as the shared paranoid beliefs that lead to such murderous sprees.

“There is a tendency to refer to genital-shrinking episodes as instances of collective delusion, a characterization that — despite the intentions of the writers who use it — suggests that the experience of genital-shrinking distress has no basis in reality,” the researchers wrote. “In contrast, the present perspective emphasizes the extent to which epidemic occurrences of genital-shrinking distress are rooted in socially constructed realities that posit the existence of phenomena like juju, direct attention to interpersonal causation and promote somatization of negative affect. These socially constructed realities are no less real than potentially irrational beliefs, like the sense of imperviousness to interpersonal inﬂuence, that are prominent in North American constructions of self and social reality.”

In other words, one man’s delusion is another man’s cultural belief. Or maybe better put, the mass hysteria and mob violence that erupted based on alleged anti-dick witchcraft by evangelical missionaries is about as unsurprisingly human as life gets on this planet. It’s the dark side of our powers of imagination, the irresistible allure of unchecked fake news and our ability to inhabit a shared reality. The fact that we can all agree it’s 3:42 p.m. is the same reason a group of people can murder strangers for allegedly stealing dicks. The strength of our hyper-socialization is a power we can leverage through cooperation, one that’s based on our shared beliefs about the future, and it can just as easily become a murderous force that dooms the present as it can become a force for innovation that powers us to the moon.

Ultimately, this story of mob violence has far less to do with stolen dicks, and everything to do with the irresistible force of our shared realities. What we choose to believe is always more powerful than the facts before us. Even when that fact is as obvious as a missing penis.

Moving EndSARS movement from protests to power By Ibrahim Faruk