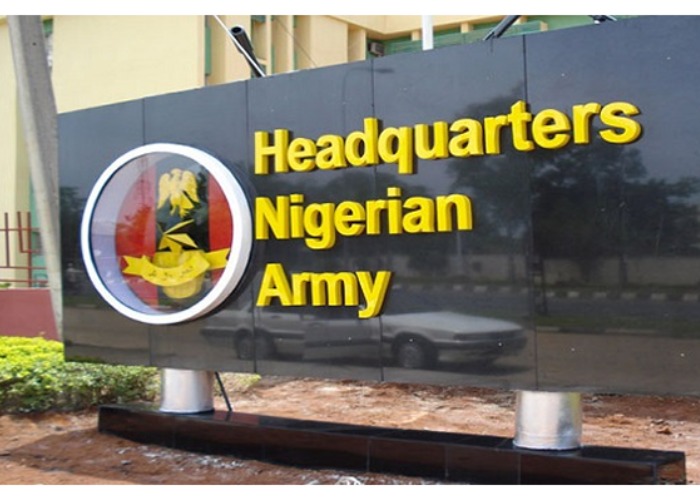 The Nigerian Army has dismissed reports of the killing of 20 soldiers by Boko Haram/Islamic State West Africa Province (ISWAP) terrorists in the North-East Theatre of Operation Lafiya Dole.

The Director, Army Public Relations, Brig.-Gen. Mohammad Yerima via a statement issued on Thursday in Abuja said the information was false.

He said the report was aimed at discouraging the public and demoralizing troops on the untiring efforts in the overall fight against insurgency.

According to him, there was no attack where 20 soldiers were killed in the entire Theatre.

Yerima said the recent attacks on troops providing security for road construction workers along Goniri–Kafa on Feb. 5 and on Geidam on Feb. 9 were decisively dealt with.

He said that the attack on the troops along with the road construction site and the attempt to infiltrate Geidam town by the terrorists were swiftly and professionally cleared by the dogged Mobile Strike Teams (MSTs) and elements of 159 Task Force Battalion.

The spokesperson disclosed that soldiers paid the supreme sacrifice while two others who sustained injuries were currently receiving treatment at a military medical facility.

According to him, Boko Haram and ISWAP are on the run and desperate for food, drugs and logistics from soft targets for survival as their camps, routes and enclaves have been destroyed, blocked and manned by troops of Operation “TURA TAKAIBANGO.”

He said that troops also overpowered terrorists mounted on eight gun trucks, motorbikes and foot soldiers who attempted attack on troops of 3 Battalion at Rann in Kala Balge Local Government Area of Borno on Feb. 9.

According to him, the troops held their ground and instantly destroyed one terrorists’ gun truck.

“With swift air support during the attack, the terrorists lost the initiative and had to scamper for safety due to heavy aerial bombardments, while additional four terrorists’ gun trucks were completely destroyed as several of their members were killed while others fled with gunshot wounds.

“The situation within the Rann general area is under control by our troops and members of the community are going about their normal activities.

“Members of the general public are therefore requested to continue to cooperate with the Nigerian Military to fight both the terrorists and peddlers of fake and unsubstantiated stories.

“We shall continue to remain focus and determined to perform our constitutional roles and responsibilities professionally in the protection of the sovereignty of our nation, ensure the safety of lives and property, while we clear the terrorists and their cohorts within the region,” he said.

Bayelsa seeks better partnership with the US