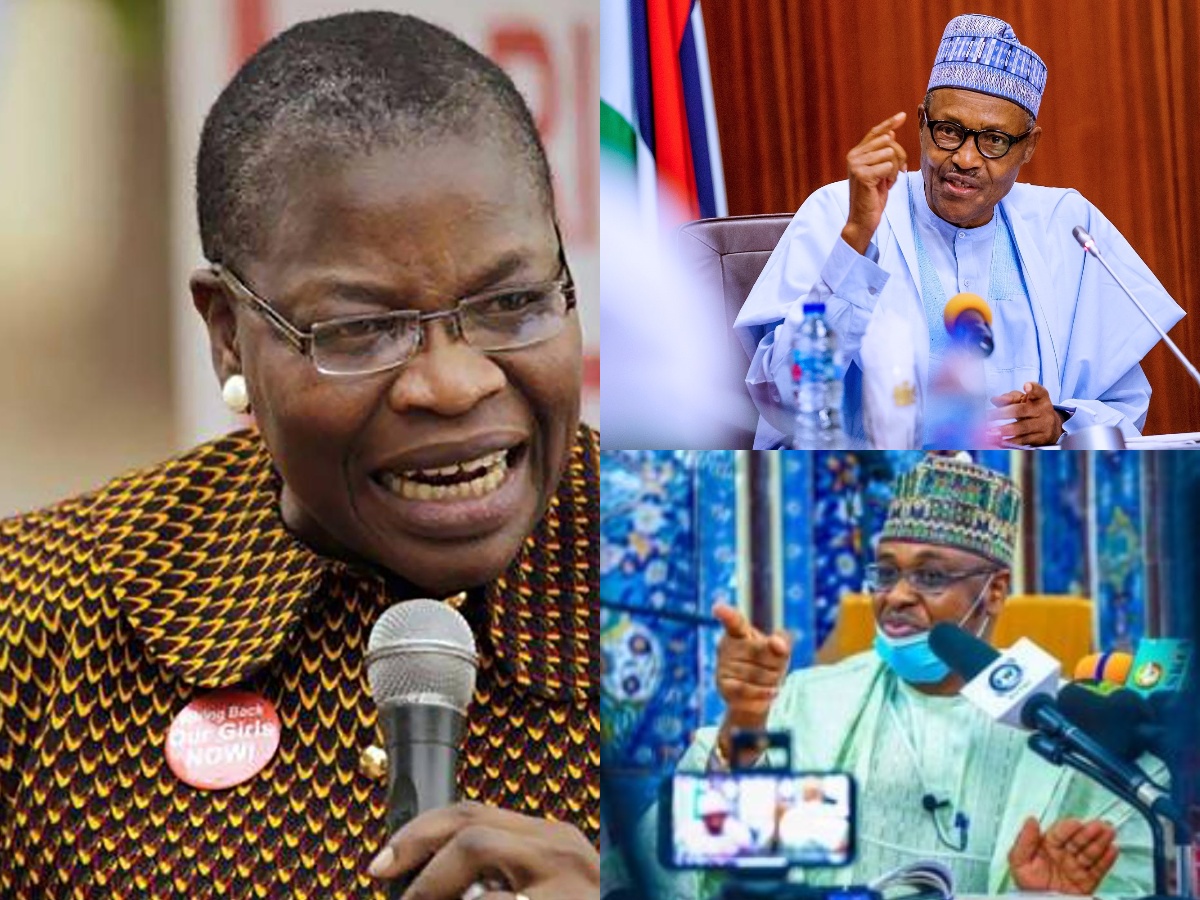 Former Minister of Education, Oby Ezekwesili, on Friday, alleged that the President, Major General Muhammadu Buhari (retd.), has the same views as his Minister of Communications and Digital Economy, Isa Pantami.

Ezekwesili’s allegation comes after the presidency showed support for the under-fire minister, amidst widespread call for his resignation, after audio-visual evidence exposed his pro-extremist views and support for international terrorist organisations, al-Qaeda and Taliban.

After days of silence, the presidency, on Thursday, via the Special Adviser to the President on Media and Publicity, Garba Shehu, told Nigerians that it wasn’t bothered about Pantami’s past pro-extremist comments, adding that the revelation “is merely the instrument they are using to attempt to ‘cancel’ him.”

“The administration stands behind Minister Pantami and all Nigerian citizens to ensure they receive fair treatment, fair prices, and fair protection in ICT services,” Shehu added.

Recall that WuzupNigeria reported that Ezekwesili, yesterday, warned the president to avoid allowing Nigeria to be categorised amongst states sponsoring terrorism. She noted that the “world is following the ugly developments on our country’s Minister of Communication and how his government is handling or in fact ignoring to handle it.”

Her statement on Thursday came after the Federal Executive Council, on Wednesday, refused to discuss the widespread demands for Pantami’s sacking during its meeting presided over by  Buhari.

In a statement on Friday, Ezekwesili said, “In that singular act of siding with his Minister of Communication, @NGRPresident @MBuhari actually conveyed a message on his view of terrorism. Nigerians now know that his views align with that of his Minister. It is now left to Nigerians to convey whether we agree with them,” she tweeted.

“I do not agree with @NGRPresident @MBuhari and his Minister of Communication that any citizen can get away with such bloodcurdling rhetorics the latter made through the years. Worse that one who swore an oath to public office said and did the things @NigeriaGov has waved off.

“Yesterday’s action by our President was an anti-climax. He has persisted in badly managing our country’s diversity.

“Nigeria cannot at this stage avoid a genuine conversation about its future. The signs are all too obvious for all to see and act on.

“Citizens are the only legitimate centre that can midwife credible dialogue. Citizens have to step up. Nigeria cannot at this stage avoid a genuine conversation about its future.

“The signs are all too obvious for all to see. The people of Nigeria are due for a Conversation.”