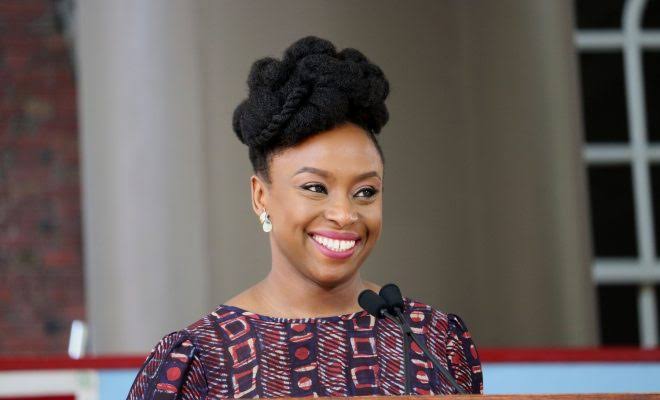 The Chimamanda Adichie’s Abba community in the Njikoka Local Government Area of Anambra State on Monday alleged that a certain oil mogul was plotting to annex their market.

The community said the oil billionaire had concluded a plot to annex the market to neighbouring  Ukpo in the Dunukofia Local Government Area of the state.

It maintained that  the billionaire and his cronies had supervised the fencing of its Oye market along the Enugu-Onitsha expressway and laid beacons around the Abba Community Secondary School as part of a grand design to forcefully annex the community.

A renowned writer, Chimamanda Adichie had on one occasion accused the police in the state of siding  the oil man to work against her Abba community.

She condemned  police’s action of allegedly throwing tear gas on women and children  at the Oye Abba market.

Several prominent people from Abba were also detained during the period while the giant signpost mounted at Abba junction on the Enugu/Onitsha Expressway was removed and replaced with another one that read Ukpo junction.

The president general of Abba Town Union, Mr Bennett Anaekwe, in a statement in Awka , Anambra State on Monday, described the happenings in the area as unwarranted and unlawful attempts to expropriate the community’s inheritance by its neighbours.

“Of recent, beacons have been laid on some portions of the land where the Abba community natural spring is located and within the -compound of the Anambra State- owned Community Secondary School, Abba.

“Not long ago, some persons who identified themselves as policemen from the Divisional Police Station, Ukpo approached the principal of the school to take measurements of the School. The principal requested for a written authority from their sender, which they promised to bring on their return and never did. Surprisingly, beacons were later found laid at different points within the school compound.

“At present, the site of the Oye Abba market is being fenced off with block wall by Ukpo community. Granted that the ownership of the said stretch of land is under litigation, no party to the dispute is to pre-empt the decisions of the court when all the parties have been duly served with court processes and appearance entered.

“Notwithstanding, the leadership of Abba wishes to state emphatically that the said stretch of land is the ancestral home and inheritance of the people of Abba from time immemorial and the citizens of Abba have been exclusively cultivating the land until the recent territorial expansion drive by known elements.

“The leadership of Abba community is once again drawing the attention of the Government of Anambra State, the state Commissioner of Police and the State Director of Department of State Security to these unwarranted and unlawful attempts to expropriate the inheritance of the citizens of Abba.

“These institutions of government are further requested to intervene and call the persons concerned to order to avoid escalation of tension between the communities.”

Anaekwe added that the Abba community had remained peaceful and law abiding in the face of what he described as ‘series of sponsored attacks and provocation by Ukpo community since June 19, 2019’