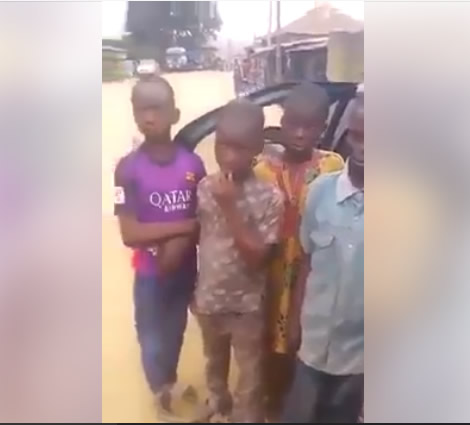 A group of five teenagers between the age of 13 and 14 were recently arrested by men of the OPC vigilante outfit in the Ita Elega area of Abeokuta for burgling a shop in the night.

The teenage boys who were captured on video while confessing to the crime said they noticed that the shop was not ususally locked properly so they decided to steal from it in the night. Two of the boys revealed that they were not going to school, however, the said they were reciving Islamic eduction from one Alfa Ambali in Saje, an area close to Ita Elega where they carried out their crime. One of the boys revealed that he is being raised by his father alone while one said his mother is a professional Yemoja devotee.

The boys were taken to the Adatan police station after the recorded confession.