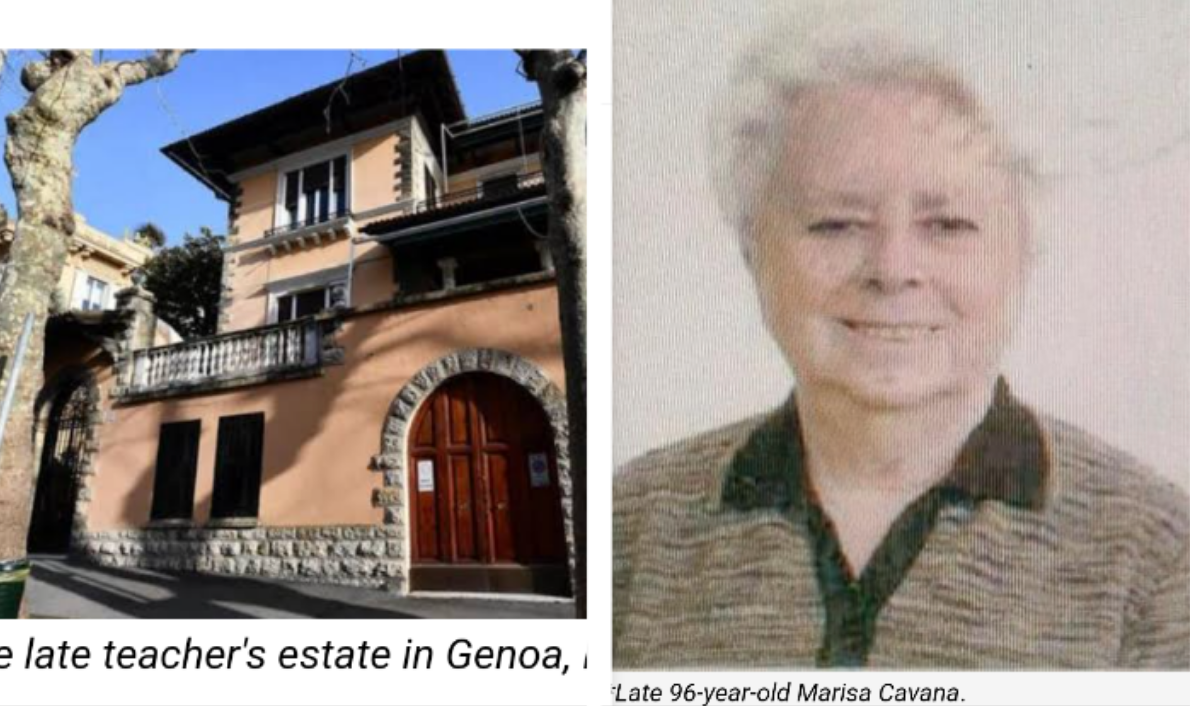 A retired Italian teacher has bequeathed more than 30 million dollars to hospitals and charities, stunning residents of the northern city of Genoa where she lived who had no inkling of her wealth.

Marisa Cavanna died last December at the age of 96.

She was described as a reserved woman, who never got married and did not attend social events.

She wrote her own obituary in the Genoa city newspaper, Il Secolo XIX, dedicating “a heartfelt remembrance to a long list of former students”.

Her estate was worth some 40 million euros. It was not clear where her wealth came from, but Italian media suggested she had likely inherited it.

“It is a big property worth several million euros. She has told us to sell it and use the money for research and innovation,” Galliera hospital director-general Adriano Lagostena told Reuters.

The hospital had not known about the bequest until after her death. Lagostena said he had not known Cavanna personally, but added that she had been treated at his hospital.

“We have had other significant donations in the past but never of this size,” he added.

Other donations will go to right groups and charities operating in Italy and abroad, including Amnesty International.

The rest of her estate was divided up between her carers, family and friends, Italian media said.