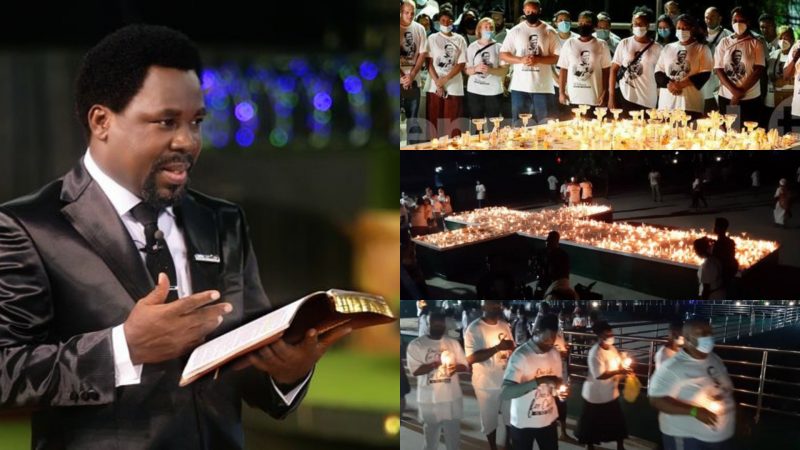 Less than a month after the death of its founder, the Synagogue Church of All Nations in Ikotun area of Lagos State was gutted by fire on Monday.

The incident occurred on Monday night during the candlelight procession in honour of the SCOAN’s founder, Prophet Temitope Balogun Joshua.

Daily Post reports that the fire erupted in a building inside the church premises at about 11 pm.

However, it was put under control by officials of the Lagos State Fire Service who arrived later arrived the scene at about 12:15 am on Tuesday.

Although details of the incident remain sketchy as at the time of filing this report, a source disclosed that it was caused by an electrical spark.

Prophet TB Joshua who died days before his birthday in June would be buried at the church premises in Lagos State on July 9, 2021.