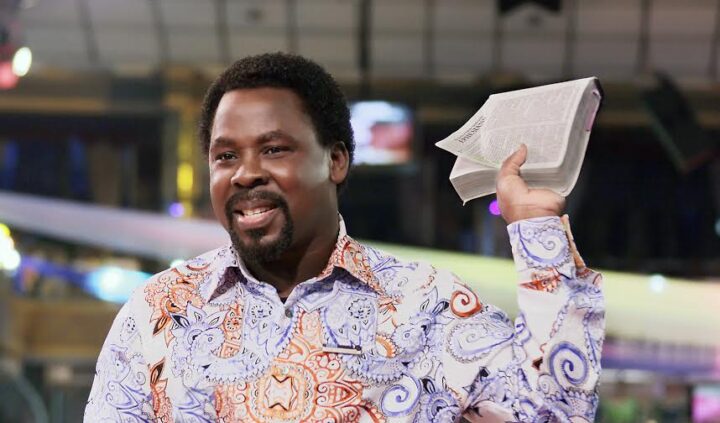 The Nigeria Interreligious Council on Wednesday counselled that the death of Prophet Temitope Balogun Joshua should make Christians to reflect and take stock of their Christ-like life.

NIREC Secretary, Fr. Cornelius Afebu-Omonokhua, said that the death of Joshua had shown that he was not super human and that no one was indispensable.

The late cleric, affectionately known as Prophet T.B Joshua, was the Founder of the Synagogue Church of All Nations (SCOAN).

Afebu-Omonokhua said that total submission to the will of God should be a priority if one wanted to remain on track with God’s standards.

The religious council’s boss, who admonished Christians to anchor their faith in the Lord rather than in humans said that humans were mortals and nature could discard them.

The clergy, in his condolences to Joshua’s family and his Church, said that death was a necessary end and would come when it would.

“Jesus Christ died, meaning that no one is born to live forever. The day a child is born, that same day the child is old enough to die.

“Have you ever wondered why you were born a twin but only you survived? Does it mean anything to you that in a fatal accident, everybody died except you?

“Have you ever wondered that among those kidnapped, only you survived in the forest? Does it mean anything to you that after being sentence to life imprisonment or sentenced to death like Barabbas, you were suddenly granted amnesty?

“It is only fools who take such opportunities for granted. The fool has said in his heart, there is no God,” he said.
Afebu-Omonokhua added that the death of T.B Joshua only taught people that no person was indispensable.

“The universal lesson is that we should live one day at a time. Yesterday is gone, never to return. Tomorrow is God’s secret and may never come. Only today is mine. Death is not a respecter of personalities, “he said.

He urged people to live life in readiness for Christ as death could come any time, saying “TB Joshua has ended his mission on earth and exited.“

WUZUPNIGERIA reported that the televangelist died in the early hours of Sunday, June 6, few hours after he presided over a church service and some days before his 58th birthday.

Related Topics:TB Joshua
Up Next

#TwitterBan: CAN cautions FG against prosecuting Adeboye, Kumuyi, other Nigerians