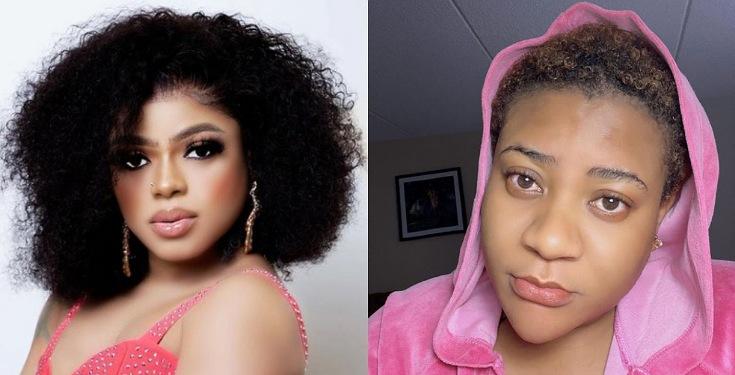 Nollywood actress, Nkechi Blessing Sunday(NBS) and popular crossdresser, Idris Okuneye aka Bobrisky have clashed on Instagram over a tattoo drama.

Recall that Bobrisky slammed the Omo Emi actress for schooling the fan for tattooing initials “NBS to the world” on her hand and called a “broke” actress.

Although not triggered by Bobrisky’s comment, Blessing apologized to the fan on Thursday morning after reaching out privately, urging others to desist from trolling the young lady.

Trouble however began when another fan suggested that the actress’ apology came out of fear of Bobrisky following the recent thrash talk which she didn’t respond to earlier.

In response to the follower’s comment, Blessing called out Bobrisky and both of them have been exchanging missiles like soldiers and terrorists in the Sambisa forest.

See screenshots of the whole drama below: 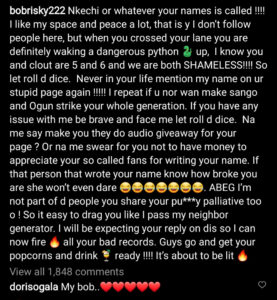 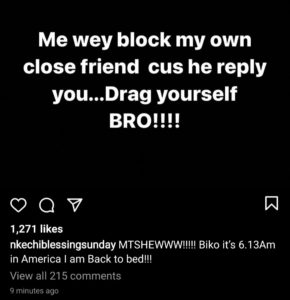 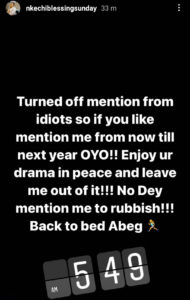 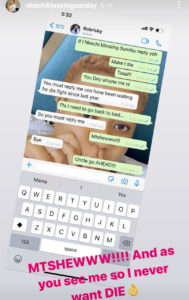 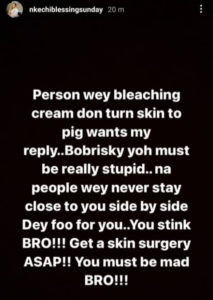 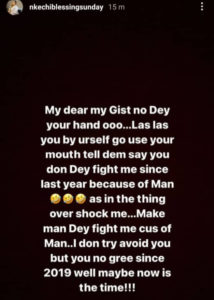 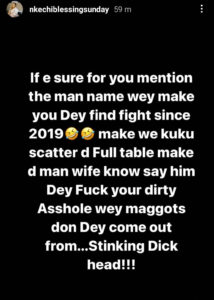 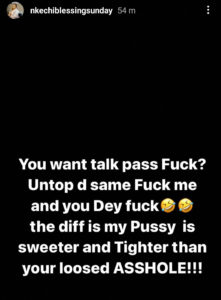 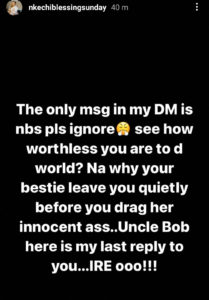 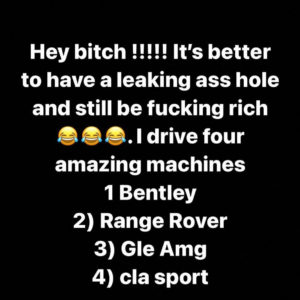 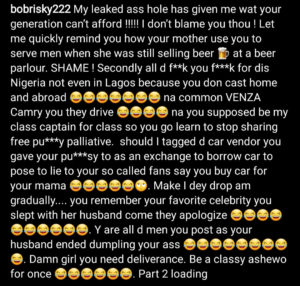 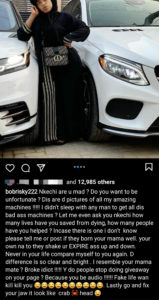