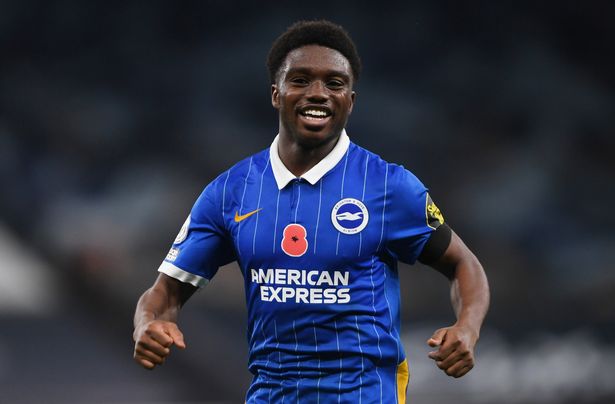 Right-back, Tariq Lamptey has signed a contract extension with Premier League side, Brighton, despite being linked to Bayern Munich, Atletico Madrid and Arsenal.

The former Chelsea player who has attracted interest from top European clubs with his fine display since the season started penned a new deal with the Seagulls until June 2025.

The 20-year-old who departed Stamford Bridge in January 2020 in a deal worth just £4million is expected to get a salary raise after a bright first 12 months at the south coast club, TalkSports reports.

“We knew his potential when we signed him a year ago, and hoped he would have a really positive impact on the club, and that has proved to be the case with his performances since June.

“He has been the model professional, he works exceptionally hard, is a humble lad and is a team player. He fits in with everything we would want from a player, now it’s about helping him reach his potential.”

Lamptey has made 19 appearances for Brighton since signing last January, netting his first goal for the Seagulls in the 2-1 defeat to Tottenham on November 1.