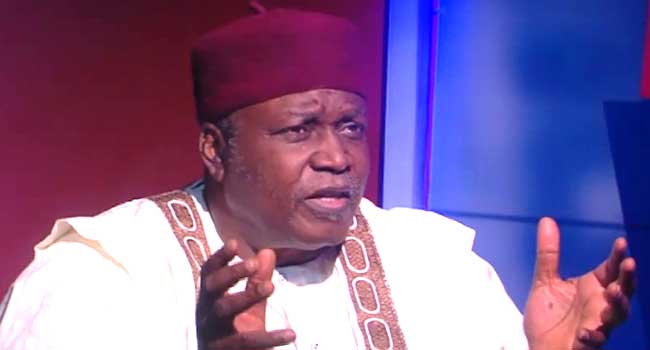 The Special Adviser to Taraba State Governor on Political Matters, Alhaji Abubakar Bawa, has berated the All Progressives Congress for criticizing his principal, Governor Darius Ishaku.

Bawa stated this in Jalingo on Sunday.

His response was a reaction to the statement by Taraba State Chairman of APC, Alhaji Ibrahim El-Suldi, who accused the Governor of lying about his achievements in the state, PUNCH reports.

The Special Adviser said, “Ordinarily, I wouldn’t have reacted to the claim by Abuja-based politicians who have lost touch with home, regarding their accusation that Governor Darius Ishaku lied on national television over his achievements in the state.

“El-Suldi and most of APC leaders in Taraba are Abuja politicians who only come home during elections, and as such, they have lost touch of development at home. In fact, most of them have not visited their electoral wards in the past two years.

“In El-Suldi’s village in Gashaka Local Government, the Governor has renovated the health centre there and is one of the best primary health care centres in the state.

“There is no electoral ward in Taraba today that has not benefitted from the Governor’s intervention either through road construction, water, education and health among others.

“The Governor was given the award of Water Man of the Year 2018 and was recently given an award for improving the education sector. These awards speak for themselves.”