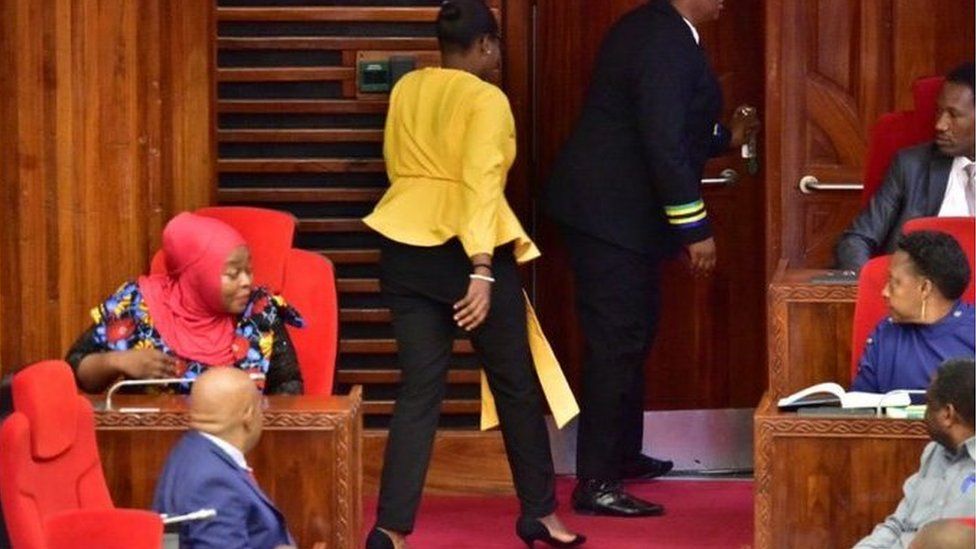 Female members of Parliament in Tanzania on Wednesday asked the House to apologise to the lady who was ordered out of the chambers for wearing tight trousers.

The group which was led by Jacqueline Ngonyani and Stella Manyanya described the speaker’s order to eject Condester Sichwale as unfair.

According to them, her dressing did not breach any parliamentary guidelines.

Recall that a male MP on June 1 had said during a parliament meeting that the way some women dressed invited ridicule to the parliament.

“Mr Speaker, an example there is my sister seated on my right with a yellow shirt. Look at the trousers she has worn, Mr Speaker!” Hussein Amar said in parliament on Tuesday.

The Speaker then ordered the MP, Condester Sichwale, to leave.

“Go dress up well, and then join us back later,” said the Speaker Job Ndugai.

The incident, which found its way to the internet, has attracted criticism on social media and across the world, as many found it to comprehend what the problem was with the clothes she had on.