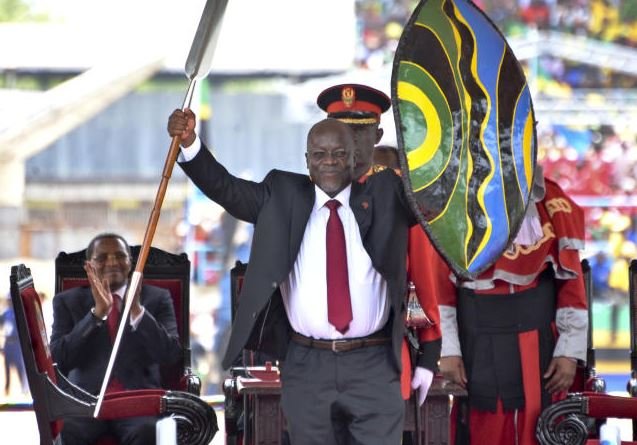 Tanzanian President John Magufuli has warned the country’s health ministry against rushing into embracing the Covid-19 vaccines promoted by foreign companies and countries.

Magufuli cast doubt on the global urge to develop Covid-19 vaccine claiming that little has been done to help cure other diseases like tuberculosis, HIV-Aids, malaria among other infections.

“The Health ministry must know that not every vaccination is meaningful to our nation. Tanzanians must be mindful so that we are not used for trials of some doubtful vaccinations which can have serious repercussions on our health,” he added.

Little is known in Tanzania on the number of positive cases due to the government’s stun position on the virus.

Tanzania’s President John Pombe Magufuli had declared the East African country as Covid-free and did not place any curfew or confinement to prevent the spread of Coronavirus.

“We have lived for over one year without the virus because our God is able and Satan will always fail. The Health ministry should be cautious, and avoid the temptation to turn us into a country where vaccination trials are conducted freely,” he said.

“In a certain country, its girl children – aged below 14 years – were vaccinated against what was said to be cervical cancer, but it later emerged that the vaccination was meant to make them infertile,” Dr. Magufuli said.

Tanzania is among the first countries in Africa to order for the touted Madagascar Covid herb in the fights against the virus.

Madagascar President Andry Rajoelina is the promoter-in-chief of the substance, marketed as Covid-Organics and sold in the form of a herbal infusion.

Artemisia annua has a long history in its native China, where scientists discovered an active ingredient that made the plant a front-line weapon in the fight against malaria.

The substance has proven effectiveness against malaria, but no clinical trials have tested it against COVID-19, either as a cure or as a preventative.

Countries like the United State have warned their citizens from travelling to Tanzania to avoid risks of contracting the virus.

In its update, the U.S. cautioned its citizen against travelling to East Africa, assigning Kenya, Uganda, Tanzania and Burundi Level 4 alert.

Philippines leader wants to get COVID-19 shots on buttocks