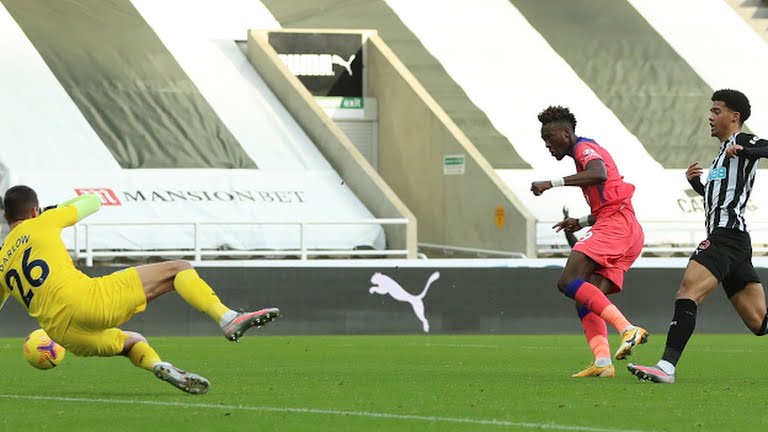 Tammy Abraham was on the scoresheet as Chelsea beat Newcastle at St. James’ Park to temporarily move to the top of the English Premier League on Saturday.

Frank Lampard’s acquisition of goalkeeper Mendy is paying off already having five clean-sheets in their last six matches in all competitions.

The Blues went ahead in the opening 10 minutes of the game thanks to an own goal from Magpies star, Fernandez.

MORE READING!  I had my first orgasm at 11 - Halle Berry

New signing Timo Werner was unable to double the lead for the Blues as he missed a couple of glorious chances which could have killed the game.

He was however instrumental in the 65th-minute as he teed up Abraham who netted to put Chelsea in the driving seat.

The German almost immediately got his much-needed goal of the day but it didn’t stand as he was ruled offside.

Lampard leaves the St James’ Park head high after his team’s dominant performances of the season so far helped secured the three points.

Klopp has ‘no idea’ as January transfer window approaches