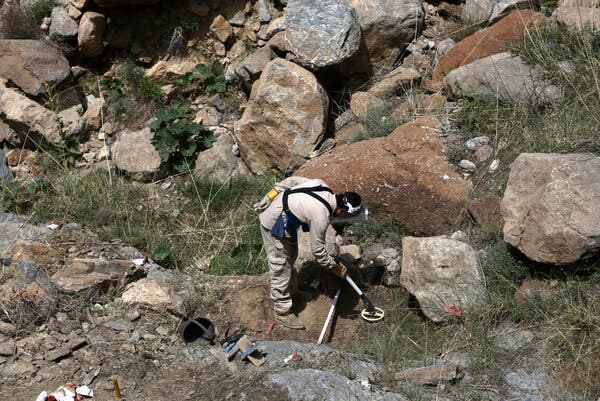 Afghanistan Interior Ministry disclosed on Wednesday that 10 people were allegedly killed by Taliban fighters in an attack on deminers in the northern province of Baghlan.

Deminers are people involved in the process of removing land mines from an area.

In military operations, a deminer rapidly clears a path through a minefield, and this is often done with devices such as mine plows and blast waves.

In a statement issued by the ministry, at least 14 more were injured when a camp of deminers was attacked on Tuesday night in the province’s Baghlan-e Markazi district.

The Interior Ministry blamed the militant Taliban, which denied its involvement, however.

“We condemn the attack on defenseless people, call it a atrocity,” Taliban spokesman Zabiullah Mujahid wrote on Twitter.

Local media reported that the attacked demining camp was run by the international mine clearance organization, Halo Trust.

The Taliban has a “normal” relationship with the non-governmental organization, Mujahid added.

According to its website, Halo Trust has 2,600 employees in Afghanistan.

The demining programme in the country is completely Afghan-led.

In the past, aid projects and NGOs in Afghanistan have”00 been repeatedly attacked.