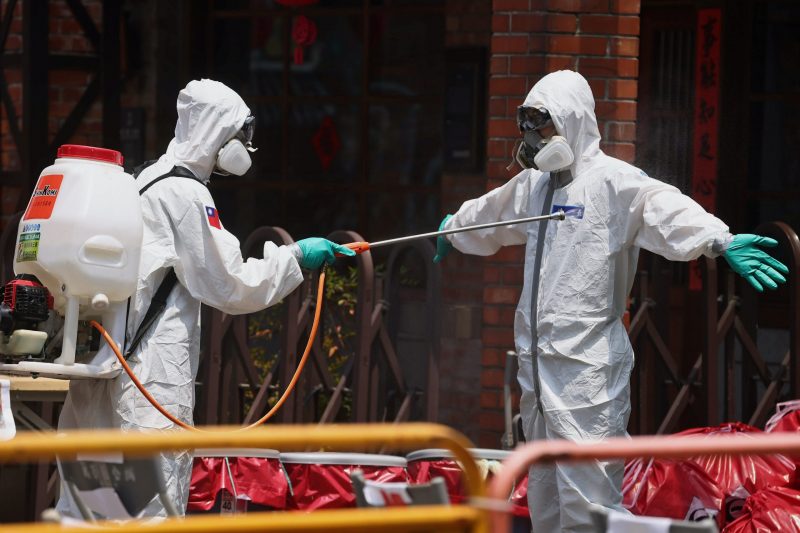 Taiwan on Thursday reported a spike in new domestically transmitted coronavirus cases as the island’s worst outbreak yet showed no signs of abating.

Since Saturday, when Taiwan announced tighter virus control measures, more than 1,500 infections had been discovered with most found in the capital Taipei and its adjacent New Taipei City.

Taiwan, an island of 23.6 million people, has confirmed a total of 2,825 cases since the pandemic began, including 1,699 locally transmitted cases, as well as 15 virus-related deaths.

At least five hospitals were being challenged by doctors, nurses, and technicians testing positive, the CECC said.

The coronavirus command center urged journalists covering the pandemic at testing stations to stay away from people in long queues.

“It’s quite risky to interview people there in a close distance because they might be quarantined in the following hours or even test positive,” said Health Minister Chen Shih-Chung, who the CECC.

The Association of Taiwan journalists urged the CECC to prioritize journalists covering the pandemic for vaccination.

The vaccination rate in Taiwan, which contained the virus well in 2020, remains under 1 percent.