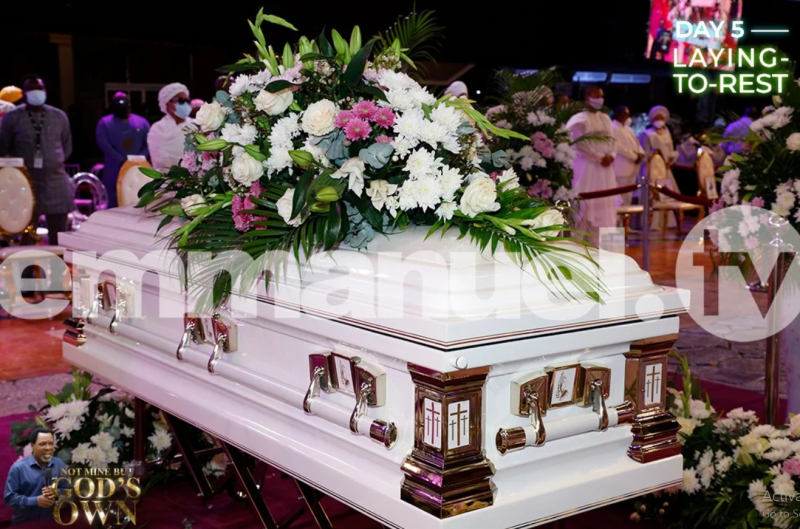 The founder and the General Overseer of the Synagogue, Church of All Nations, the late Prophet T.B. Joshua, has been buried.

The late cleric was buried in the premises of the headquarters of the church in Ikotun Egbe, a suburb of Lagos State.

His remains were interred in the presence of his wife, Sarah; children, and senior church members about 2:53pm.

Many of them wailed and bade him farewell as the casket bearing his remains was carried out of the church’s 8,000-capacity auditorium, The PUNCH reported.

The late evangelist, who hailed for Agiridi Akoko in Ondo State, died on June 5 at the age of 58.

Related Topics:T.B Joshua
Up Next