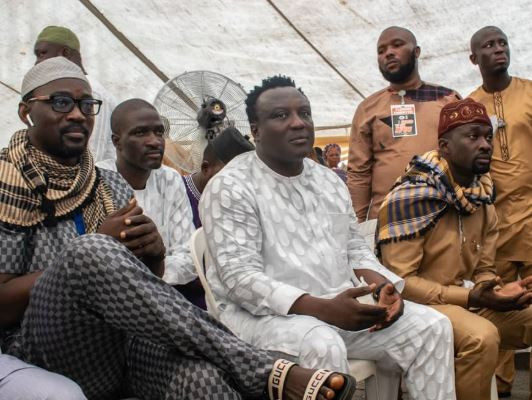 Fans of two popular Fuji musicians – Wasiu Alabi, popularly known as Pasuma, and his ‘archrival’ in the industry, Saheed Osupa – engaged in bitter and jocular comparison of both artistes, pushing the duo to the top 10 of Twitter trends in Nigeria.

Pasuma and Osupa, both talented albeit with different ways of making their fans shake their booties, have been having supremacy battle which has spanned over a decade.

Several diss tracks and albums have been released by the artistes in the past attacking each other, while materials like stickers, fez cap, T-shirts proclaiming the supremacy of the artists have been sold to promote the rift to the admiration of fans who idolize both.

The battle extended to their legion of supporters who sometimes engage other rivals in violent public bouts whenever they engage in Pasuma vs Osupa debate.

In Monday’s trend, here are what fans have to say about both artistes on Twitter: 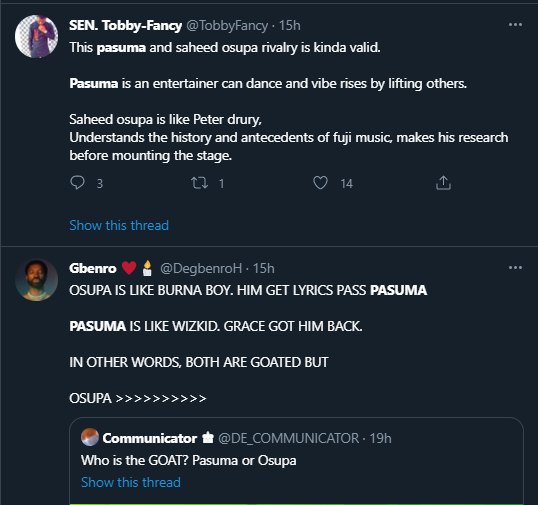