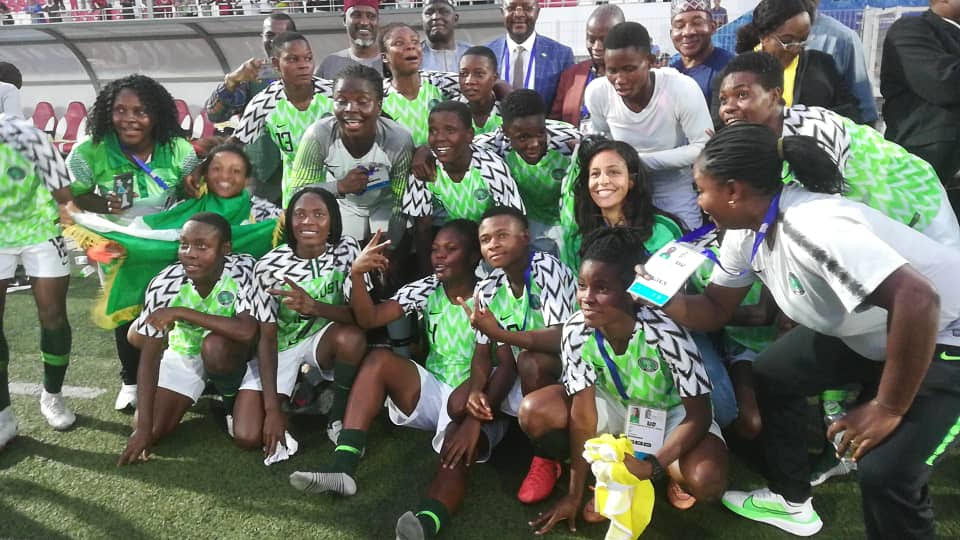 Nigeria’s Super Falcons on Thursday defeated CSKA Moscow by a lone goal at their opening game at the on-going fifth Turkish Women’s tournament in Antalya, Turkey.

The 18th-minute goal by Cup Chiwendu Ihezuo was enough to see the nine-time African champions claim victory over their opponent at the Emir Sports Complex.

Super Falcons started early on an attacking note with Captain Asisat Oshoala missing a chance at goal as she was shoved away from the ball by CSKA’s Bratko Ekaterina in the 6th minute.

Six minutes later, a first corner kick for the Falcons was taken by Fransisca Ordega, but it was easily cleared away.

MORE READING!  It should have been a penalty, Arteta reacts after Burnley setback

A good opportunity was seized at the 18th minute, however, as Ihezuo easily tapped in a low cross from Ordega from the right.

Another chance came for the Barcelona forward Oshoala in the 55th minute, but she lobbed the ball wide.

In the end, it was the first victory for the Super Falcons new coach, Randy Waldrum.

It was also a brilliant outing for Spanish-based Toni Payne and German-based Patricia George, both American-born as they debuted for Nigeria.

The Super Falcons will play against Uzbekistan in their next game on Saturday.

2021 Australian Open: Djokovic cruise into final with victory over Karatsev