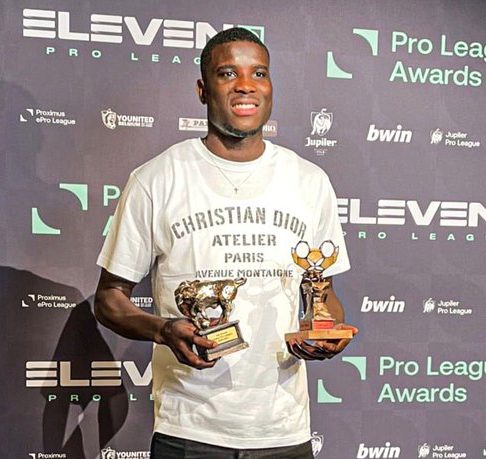 Super Eagles forward, Paul Onuachu, has been crowned Professional Footballer of the Year 2020/21 in the Belgian Jupiler Pro League after a fantastic season.

The KRC Genk striker was voted the best player of the past season by his colleagues having netted 33 goals to become the highest goal scorer in the league.

Asides from winning this year’s player of the year award, Onuachu’s free-scoring form also helped his club to the Belgian Cup.

The lanky striker also broke Wesley Sonck’s 20-year record in the league with his 33 goals in 38 matches to clinch the Golden Bull award.

“Congratulations, Paul! As a club, we are of course very proud of this election of Paul. He is already a legend of KRC Genk,” the club wrote.

He was recently named in Gernot Rohr’s 24-man squad to face five-time African Champions, Cameroon, in the international friendly in Austria next week.