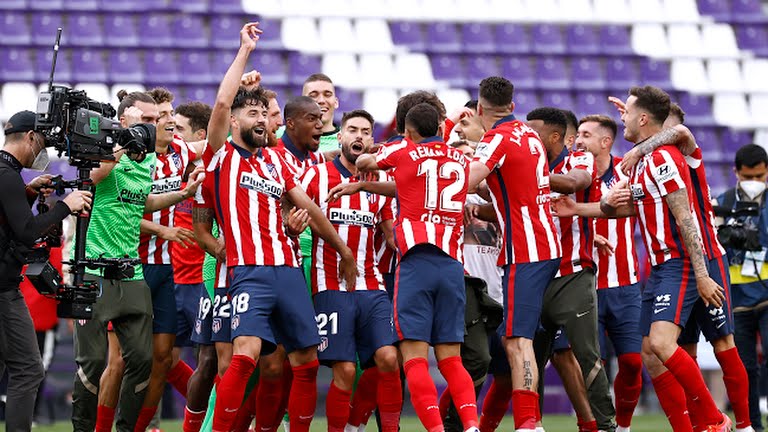 The two-horse race between both Madrid rivals stretched to the final matchday after Barcelona already blew their chances by losing 2-1 to Celta Vigo last Sunday.

Simone’s Atletico side survived the pressure all season but were stunned by Óscar Plano 18th minute goal for Valladolid and a defeat would have handed the trophy to the defending Champions Madrid should they manage to win their last game.

With the second half and a goal standing between Atletico and the trophy, Ángel Correa restored parity in the 57th minute but it took a left-footed finish from former Barcelona striker, Suárez, ten minutes later to seal the trophy for Atletico with his 21st league goals.

Simeone and his players went wild at the whistle as Suarez was seen shedding tears on TV saying that “Barca didn’t value me and Atletico opened their doors for me. I will always be grateful to this club for trusting in me.”

Atletico clinched the trophy for the 11th time in their history(their first time since 2014) with 86 points, two behind Zinedine Zidane’s Madrid who defeated Villareal 2-1 in their final game of the season.