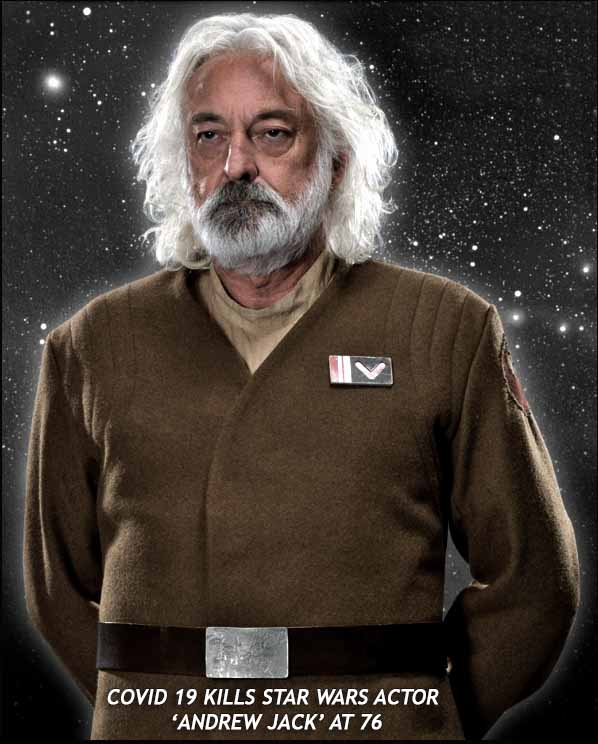 “Star Wars” actor and dialect coach Andrew Jack has died due to complications from coronavirus, his agent confirmed.

The actor died in Britain’s Surry Hospital on Tuesday. Jack starred in both “Star Wars: The Force Awakens” and “The Last Jedi” as Resistance General Caluan Ematt.

He also worked as a dialect coach on many other films such as “Solo: A Star Wars Story,” “The Lord of the Rings” trilogy, and many Marvel films, as well as the upcoming Batman movie.

His agent, Jill McCullough, confirmed his passing to the Evening Standard saying that he passed in a hospital bed while his family was stuck in quarantine in Australia.

His wife later posted a tribute to him.

“Andrew lived on one the oldest working houseboats on the Thames, he was fiercely independent but madly in love with his wife; also a dialect coach: Gabrielle Rogers,” said McCullough.

“Andrew was full of life, he was tall and striking with flowing white hair. You wouldn’t miss him if he walked into a room.”

Many of Jack’s co-stars took to social media to express their grief. Greg Grunberg, who worked with Jackson on “The Force Awakens” posted a photo with Jack on Twitter.

MORE READING!  Fame has taught me that not all that glitters is gold, BBNaija's Vee reveals