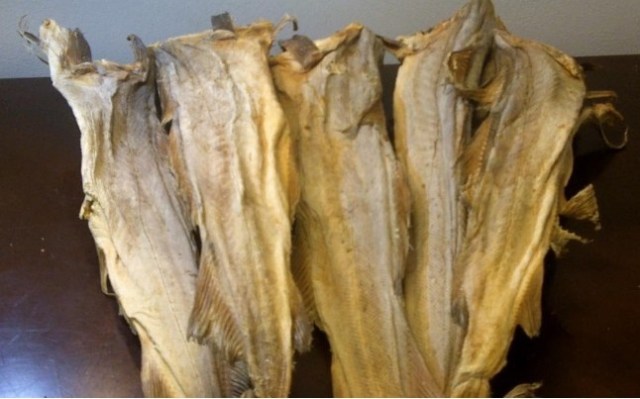 Participants at a two-day seminar on seafood have urged the Federal Government to review the landing cost of imported stock-fish in the country.

The participants made the appeal in a communique at the end of the seminar organised by the Norwegian Seafood Council in Lagos.

The communique said the objective of the seminar was to seek the removal of stock-fish and Stock-fish heads from items that were not qualified to seek foreign exchange from the ‘Official Foreign Exchange’ window.

The participants urged the government to reverse the policy since Stock-fish (COD) cannot be farmed in Nigeria and in Nigerian waters.

“Stock-fish and Stock-fish heads importation has not negatively affected the increase in local production of fish in Nigeria because the volume imported is relatively low.

“Foreign Exchange requirement for importation of stock-fish and Stock-fish heads is nowhere compared to the other heavy 42 items on the exclusion list,” the communique noted.

The participants also harped on stock-fish and stock-fish heads contain high nutritional value of 75 per cent to 80 per cent protein, its low fat content, essential vitamins which include Calcium, Vitamin B12 and 280kcal source as well as affordable protein source for majority of Nigerians living in poverty.

The communique alluded to the fact that stock-fish business is a major avenue for income and wealth creation (direct and indirect), especially for the middle men, retailers, market women, transporters, loaders and off loaders.

The participants also appealed that the import duty on stock-fish and stock-fish heads should be reduced from 20 per cent to 10 per cent to reduce incidents of smuggling.

“The Government is advised to make policies that will create enabling environment for non-oil exports such as fisheries, agriculture and agric-businesses covering livestock and other key value chains with respect to AfCFTA.

“The Norwegian Government has offered a dialogue with the Nigerian Government about possible capacity assistance within the fishery sector”.

The stakeholders appealed to the Federal Government to review the inclusion of stock-fish and Stock-fish heads from the ‘list of items’ not valid for ‘Foreign Exchange’ as well as reduce the landing cost of the produce into the Nigerian market.

In attendance at the meeting were His Excellency, Knut Lein, The Norwegian Ambassador, Deputy Governor of Rivers, Dr. Ipalibo Banigo, Federal Ministry of Finance, Budget and National Planning represented by Mr A.O Bello.

Related Topics:FGStakeholdersStock fish
Up Next