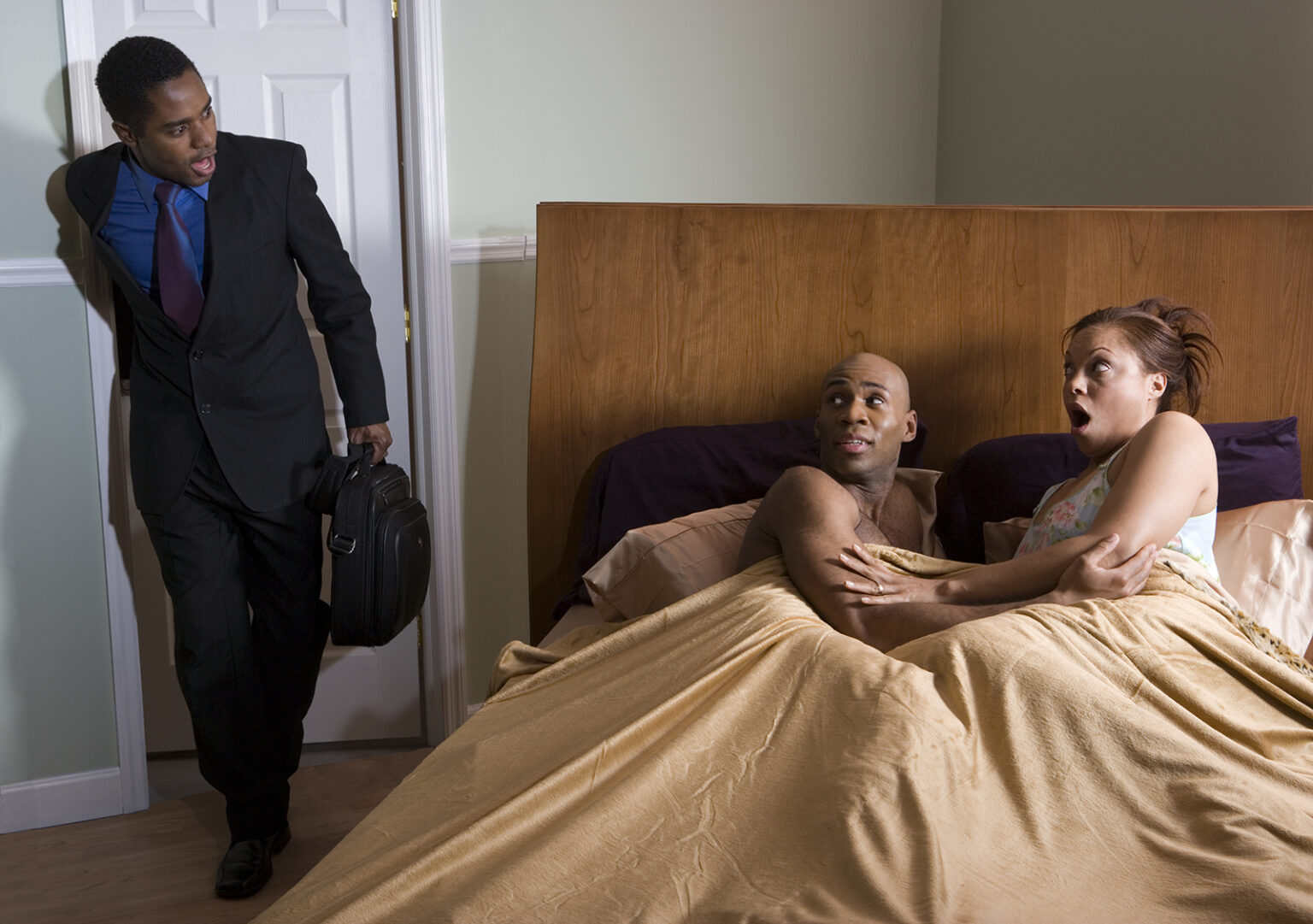 A dejected man has narrated how his world crumbled the day that he discovered his wife, an ordained minister, was having an incestuous affair with his brother-in-law.

The man swore that he would never have believed it if he had not caught them red-handed.

In a series of tweets, the heartbroken hubby explained his plight via his official Twitter handle @OG_Stephenn on Friday.

According to Steph, he still finds it unbelievable his spouse could be having an intimate session with her biological brother.

He reiterated that what baffles him the most was the fact that his wife is an ordained Minister in the House of God.

”My wife and her brother are having sex with each other, the day I found out my heart was bleeding, I never imagined a married woman committing incest in her matrimonial home. What baffles me is that my wife is a minister in the house of God.

“I have still not recovered from the shock of what I saw in my home. Things are happening in this world, My family wants me to forgive her , but if I’m to forgive her I want it to come from my heart. For now, I can’t look her in the eyes,” he said.

Steph further tweeted that his wife and her family are presently making attempt to ‘silence him’ after he refused to heed their plea to pull down his tweets.

According to him, he just bought plane tickets to leave the country as his life is in danger at the moment. 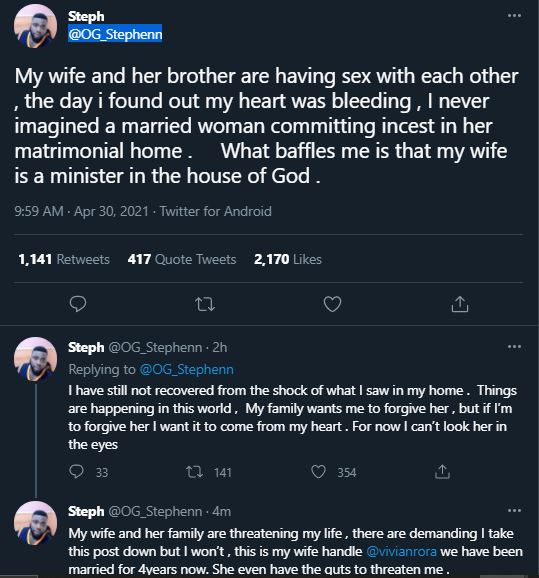