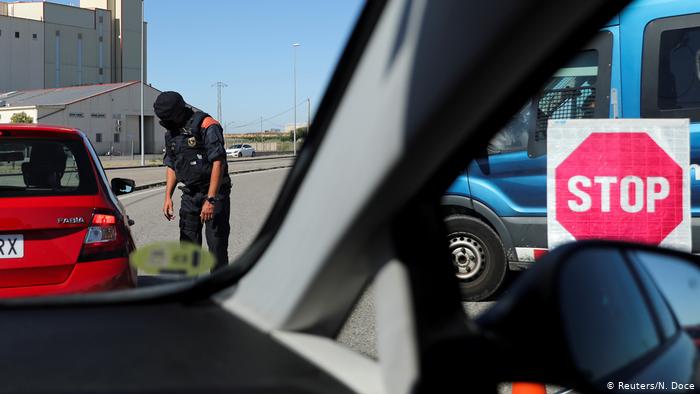 “The situation is not stable anymore, instead the numbers are rising constantly,” Torra said.

Catalonia is also to reduce the size of school classes and to make 500,000 Covid-19 tests available in the education sector, although teachers and classrooms are in short supply.

Students will go back to school in early September and many employees are expected to return from their summer holidays, stoking fears that the number of cases could increase even further.

In the South-Eastern region of Murcia, meetings of more than six people not from the same household were banned.

Authorities in Madrid, which has been hard hit, have urged everyone to avoid non-essential social contact.

In the Balearic island of Mallorca, authorities admitted that a second wave was ongoing, with the virus’ rapid spread hindering contact tracing.

Spain has seen a dramatic increase in the number of cases, with more than 3,000 new infections registered daily in the past days.

In June, the number of new cases in a 24-hour period had fallen to below 100, but the figure started growing in July.

Dead girl, 12, ‘comes back to life’ as body is being prepared for funeral