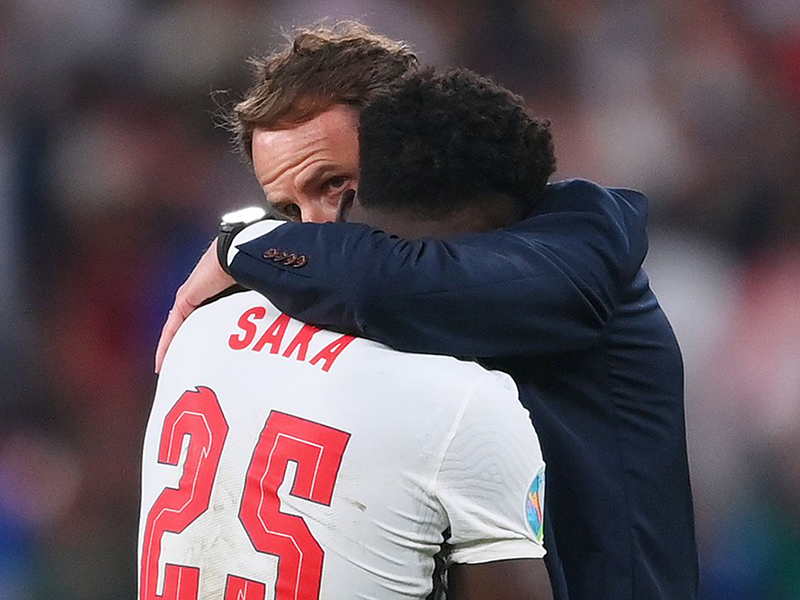 Saka, Jadon Sancho and Marcus Rashford were subjected to online racial slur following the miss as England failed to end their 55-year wait for a major trophy.

In an interview with talkSPORT, Mourinho sympathised with the 19-year-old who was left distraught after his penalty was saved by Italian goalkeeper, Gianluigi Donnarumma.

Mourinho said, “On the decisions of the penalty takers, I think it’s hard to leave Saka as the last one.

“But for Saka to have the destiny of a country on his shoulders… I think it’s too much.

“We can speak about the previous days and how they were amazing at taking penalties, but the problem with penalties is it’s one thing is to take one in training and one thing to take in a match.

“And for those situations, there is no way to train them properly because you can’t train with the real pressure, it’s something you only feel in that moment.

“Poor Saka, I just feel very sorry for him.”