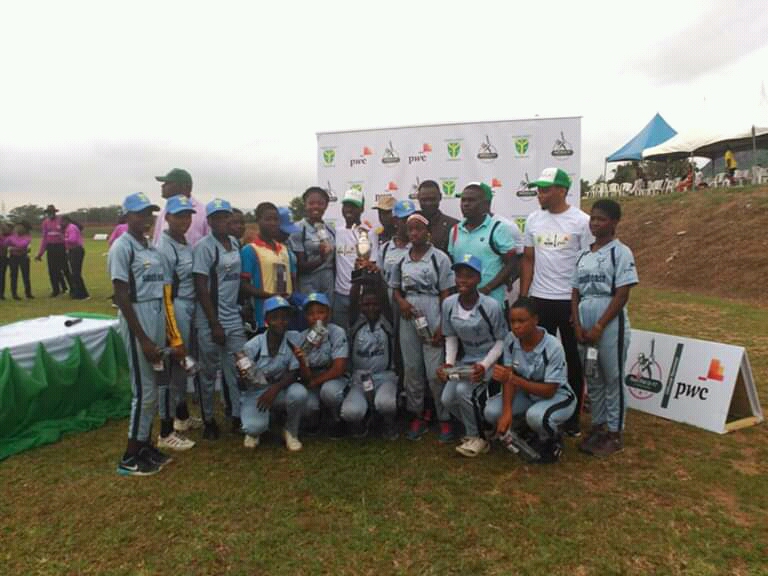 The South- South team at the PwC National Under-17 Cricket Championships on Sunday emerged winners of the second edition of the championships held in Edo.

Playing against the North West team in a tight 40 over finals, the winners scored 93 runs as the North-West team failed to defend the title they won in Abuja in 2020.

The bowling firepower of the South-South team came to the fore in the second innings of the game giving them the edge over their opponents.

Prof. Yahaya Ukwenya, President of the Nigeria Cricket Federation (NCF), expressed his delight at the level of skills and talents on display, saying that it had proven that the federation was on the right path.

“We had seen these teenagers display high level of performance at every point in this championship which is a nice feedback for us at the kind of work being done at different regions.

“Some players have shone at this event and will get a chance to prove themselves at the national U-19 camp, when it opens ahead of the World Cup qualifiers that we are hosting later in the year.”

Theophilus Ibodeme, coach of the South-South team, said he came into the game with faith in the talents and discipline of his team.

“We are very happy to be the winning team, it did not come easy, our boys deserved it and worked really hard for it.”

The representative of PwC, Tolulope Adeleke said that his company’s partnership with the NCF was an expression of a shared value of team work, integrity and professionalism.

The National U-17 Cricket Championship was run in the geo-political zones, where states competed and winners emerged, raising a regional team that had players from the competing states.

The winning South South team was made up of players from Edo, Delta, Rivers and Akwa Ibom States.

It was reported that the South-South Female team had earlier also won the girls event of the championships.

MORE READING!  Man United to be without Rashford till October
Related Topics:ChampionshipcricketPwC U-17 National
Up Next