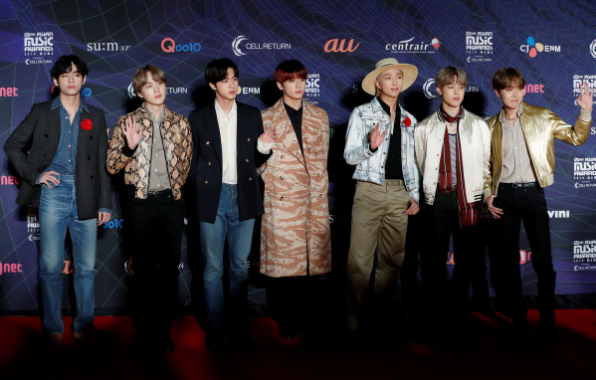 K-pop boyband BTS cancelled on Friday a concert set for October in the South Korean capital of Seoul as authorities battle a stream of new coronavirus infections, imposing tougher curbs ahead of a surge in travel during a key autumn holiday.

This month, BTS became the first Korean pop act to debut at No. 1 on the Billboard Hot 100 singles charts in the U.S., with “Dynamite”, its first single entirely in English.

The group’s first concert since the outbreak had been scheduled for Oct. 10 and 11, to be attended by a limited audience observing social distancing norms, its music label, Big Hit Entertainment, said.

Now it is to be live-streamed on the Internet instead.

“We have been planning the in-person component of our concert in order to try to create an opportunity for our artists and fans to meet, in spite of the challenges created by COVID-19,” Big Hit said in a statement.

“We would like to apologise to all fans that have been looking forward to an in-person concert.”

Officials flagged the risks of new infection clusters as they ordered tighter restrictions for the weeks of the Chuseok holiday that starts on Monday when people traditionally reunite with families.

MORE READING!  #EndSARS: Celebs have no blame for casualties- AY

On Wednesday, BTS delivered a “message of hope” in a pre-recorded video posted by the United Nations Children’s Fund (UNICEF) as part of the 75th U.N. General Assembly.

The group of seven is at the forefront of South Korean pop music, winning converts to K-pop worldwide since its 2013 debut.

Its tour of more than 20 concerts through Asia, Europe and the U.S. was cancelled because of the virus but 756,000 fans paid to watch an online event in June.