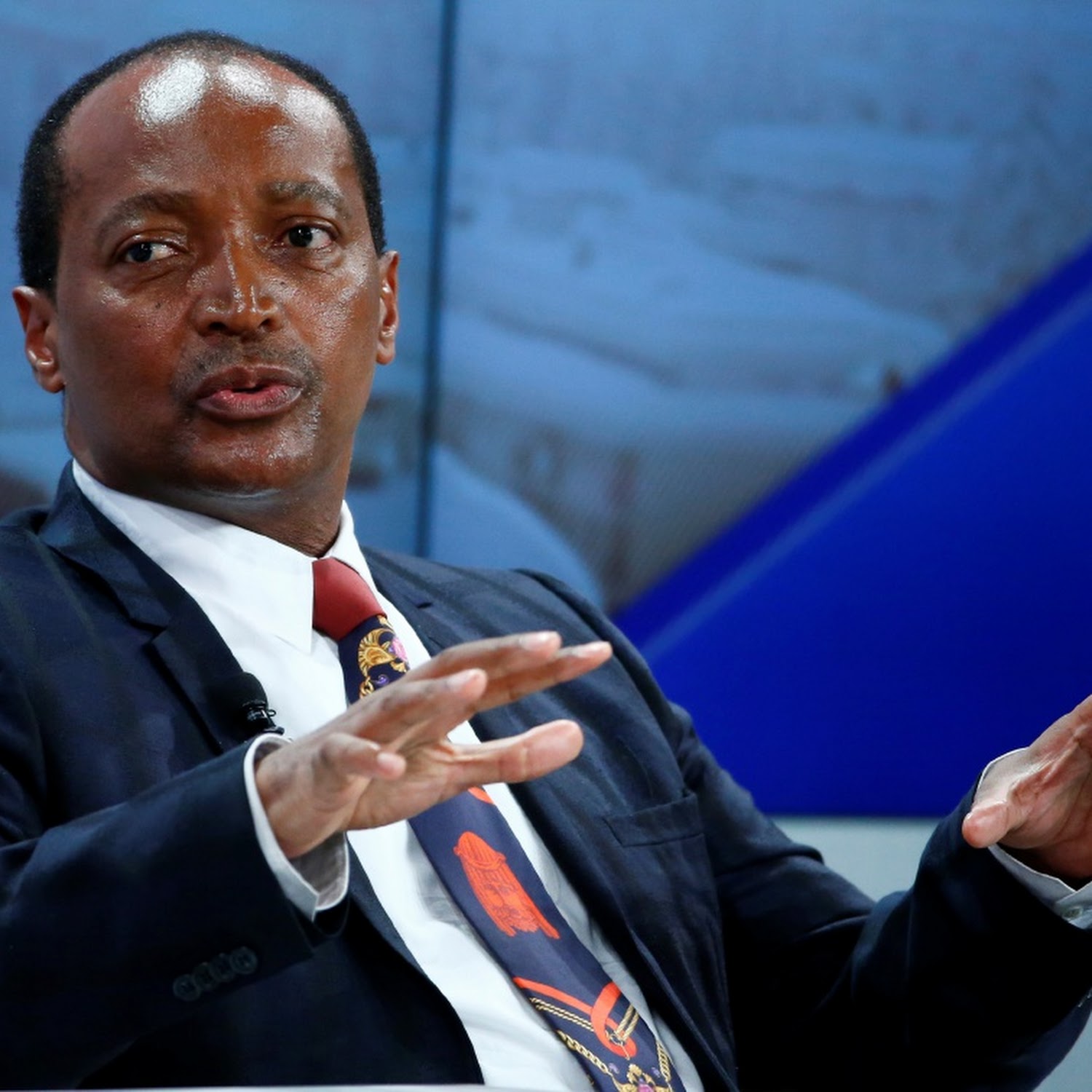 South Africa’s Patrice Motsepe has announced his intention to become the next president of the Confederation of African Football (Caf).

Motsepe, ranked 10th richest man in Africa by Forbes, becomes the third person to bid for the role, after incumbent Ahmad and Jacques Anouma of Ivory Coast.

Forbes magazine which estimates his wealth at $2.4 billion.

“He is the most appropriate person we could offer for the leadership of Caf.”

Motsepe was not present at Monday’s press conference to announce his bid, with Jordaan – flanked by South Africa’s Sports Minister Nathi Mthethwa – doing so instead.

In a related development, one expected challenger – Amaju Pinnick of Nigeria – has decided against standing for the Caf presidency and given his backing to Motsepe instead.

The South African is the second candidate to announce in less than 48 hours, after Anouma – a former member of Fifa’s Executive Committee (now Fifa Council) between 2007 and 2015 – was formally backed by the Ivorian federation on Saturday evening.

Reigning president Ahmad, meanwhile, declared his candidacy in October but his ability to contest March’s elections is in doubt given he is set to face a ban from football after being found to have breached various Fifa’s ethic codes.

The 60-year-old from Madagascar, who was questioned by French anti-corruption authorities last year without being charged, has previously denied any wrongdoing.

Motsepe’s bid, which comes ahead of Thursday’s deadline for candidates to formally register their interest, breaks the traditional contestants for the Caf presidency, which has been restricted to high-ranking members of African football’s ruling body in the past.

Mamelodi Sundowns won the 2016 African Champions League title under Patrice Motsepe’s chairmanship. The SouthAfrican businessman is able to contest the position since he fulfils the requirements of having been involved in football for the past five years, with the South African having led Pretoria-based Sundowns since 2004, and has received the backing of his own federation.

Having made his fortune in mining after starting out as a lawyer, Motsepe – whose wife is the elder sister of South African President Cyril Ramaphosa – is already receiving support from across Africa, with Botswana, Nigeria and Sierra Leone among those to have already publicly backed him.

“He has more superior qualities than me,” Pinnick told BBC Sport Africa.

“It’s not about me, it’s about African football. If you have someone with superior qualities, you have to learn from him and queue behind him and wait for your time.”

With countries only able to nominate one candidate for Caf’s Executive Committee, including the presidency, Motsepe’s bid means South Africa FA president Danny Jordaan can no longer apply for the Fifa Council role that he has long coveted.

Caf’s elections are set to take place in Morocco next March.