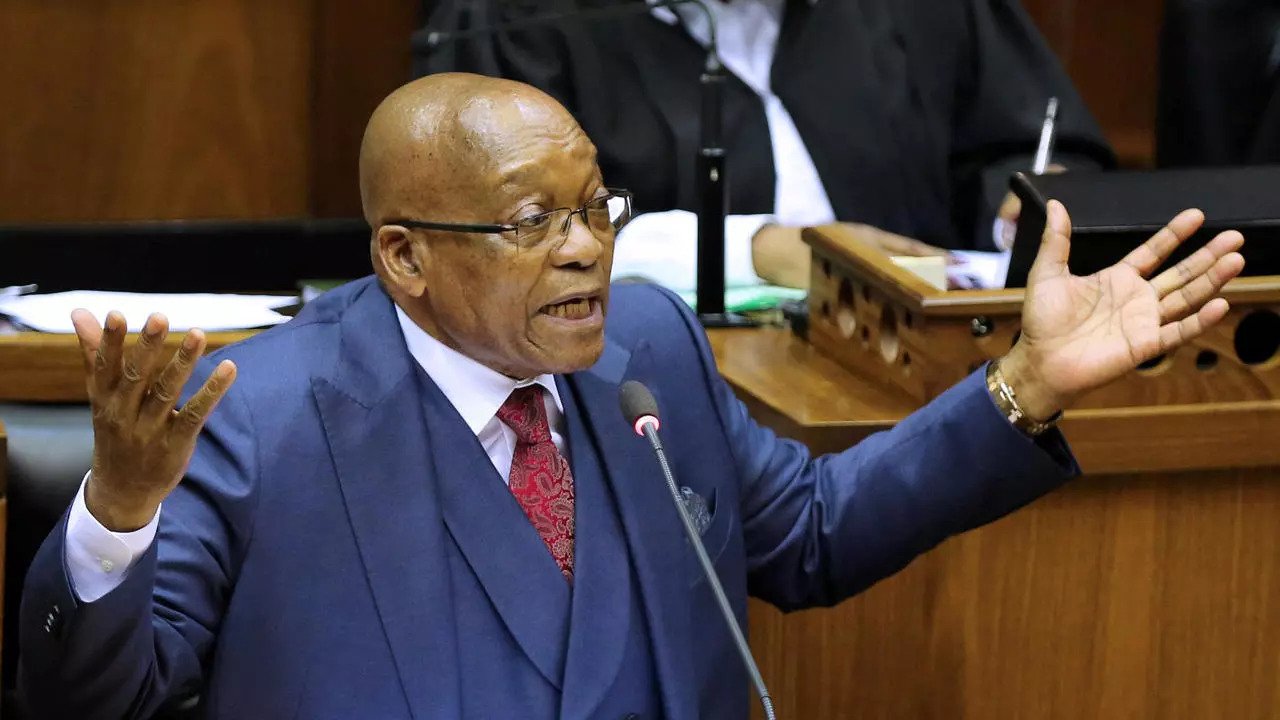 Hundreds of supporters gathered to show solidarity for former South African president Jacob Zuma outside his Nkandla homestead Saturday, as the deadline looms for him to surrender to the authorities.

In an unprecedented ruling, the constitutional court told Zuma on Tuesday to hand himself over by Sunday to start a 15-month jail term for contempt of court after he repeatedly refused to give evidence to corruption investigators.

His supporters, many of whom are military veterans from the anti-apartheid struggle, have been camped outside his home in Kwa-Zulu Natal province for weeks.

Donning traditional leopard skins and ostrich feathers and wielding spears, shields and clubs known as “knobkerries”, men known as “amaButho” or Zulu regiments marched in the streets of Nkandla, singing songs of praise dedicated to Zuma.

Bare-breasted women in elaborate necklaces and headbands danced and sang as they paraded.

“We came to see him, we had very wonderful political discussions,” said Ace Magashule, an ally of Zuma.

“President Zuma is in his best mood, high morale like us, and we were happy to meet with him, we will be here tomorrow.”

Magashule is engaged in his own legal battle, having been suspended as ANC secretary general over accusations of corruption, which he denies.

“The reason I am here is because I love Zuma,” one supporter told AFP.

“When he was in leadership we had no electricity problems, there was no lockdown or Covid.”

Many were camping out overnight once again on Saturday, with one supporter insisting he would not leave until he knew Zuma was safe.

Tension has been bubbling this week as members of the MKMVA military veterans’ association threatened that the country would be destabilised if the former leader was apprehended, promising to form a human shield around Zuma.

Fearing a showdown, the ruling ANC said it had postponed a scheduled meeting of its top National Executive Committee this weekend.

Numerous convoys of provincial local leaders, including the ANC secretary in Kwa Zulu Natal Mdumiseni Ntuli and provincial premier Sihle Zikalala were spotted at the homestead.

Zuma’s home complex, with a thatched-roof main house surrounded by dozens of smaller huts, underwent a multimillion-dollar renovation at the taxpayer’s expense during his presidency.

The Jacob Zuma Foundation has said he will address the media on Sunday.

If the 79-year-old fails to turn himself in by Sunday, police will be given a further three days to arrest him.

A document seen by AFP on Saturday suggested the constitutional court would review Zuma’s sentence on July 12.

But the decision is not subject to appeal and experts say any review would not affect Sunday’s deadline.

Women who enquire about partners’ finances before marriage, not gold-diggers – Reno Omokri

Aminu Ado Bayero’s coronation as Emir of Kano in photos