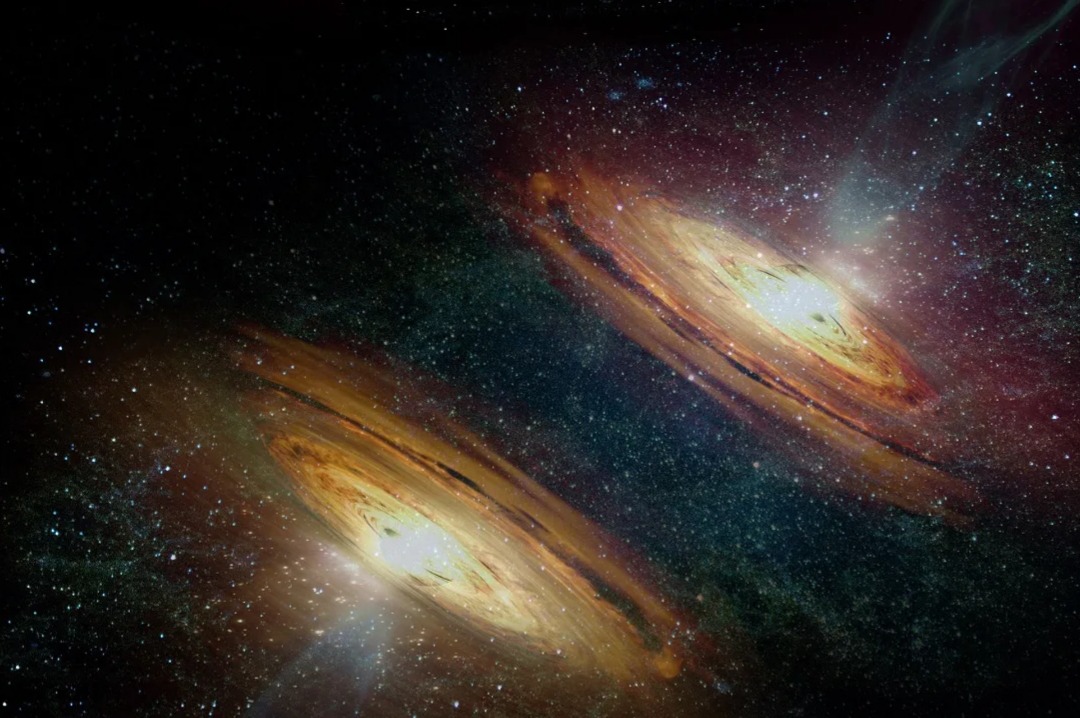 South African astronomers have discovered two massive galaxies which are more than 60 times the size of the Milky Way, the galaxies are 3.8 billion light years from the Earth.

The discovery was made from the multi-billion dollar Meerkat telescope which consists of 64 antennas in the Northern Cape province, it was disclosed on Thursday.

Dr Matthew Prescott, a research fellow at the University of the Western Cape, said

“we suspect that many more galaxies like these should exist, because of the way we think galaxies should grow and change over their lifetimes”.

South Africa applied to host the Square Kilometre Array (SKA) Radio Telescope and the locally designed and built MeerKAT was incorporated into the first phase of the SKA in 2018.

Along with the Hydrogen Epoch of Reionization Array, also in South Africa, and two radio telescopes in Western Australia, the MeerKAT, completes the SKA.

Related Topics:astronomersgalaxiesSouth African
Up Next