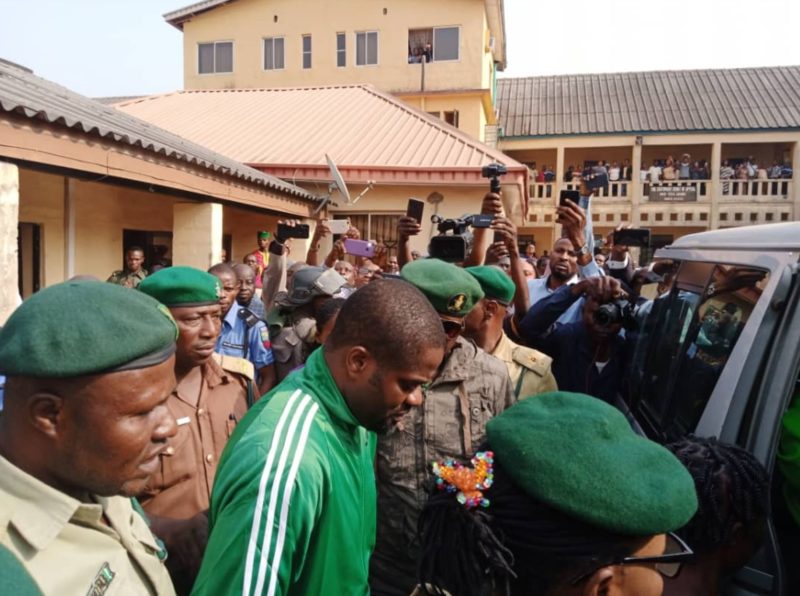 There was mild drama at the Ondo State Magistrate Court , Akure , as the magistrate of the court, Charity Adeyanju on Friday prevented journalists from covering the trial of a popular pastor in the town , Alfa Babatunde, who is standing trial over the missing of a boy in his church.

Prior to the action of the magistrate, the police prosecutor, Mr Uloh Goodluck was said to have approached the journalists to vacate their seat and leave the court room but they refused doing so on the ground that the prosecutor did not have the power to send anybody out of the court and more so the court proceedings had not begun.

After the refusal to vacate the courtroom, the policeman was said to have headed to magistrate’s chamber to report the matter to Adeyanju.

Shortly after, the magistrate came out and ordered all the journalists in the court to leave without giving any reason.

After the journalists had left the courtroom, Prophet Babatunde was brought into the premises alongside six other defendants, who are workers of his church.

It was gathered that the the magistrate ordered the defendants to remain in the Olokuta Correctional Centre pending the hearing of legal advice from the Directorate of Public Prosecution.

She later adjourned the case till February 5, 2020,

The defendants were taken to court on six count-charge bothering on felony, conspiracy, and kidnaping.