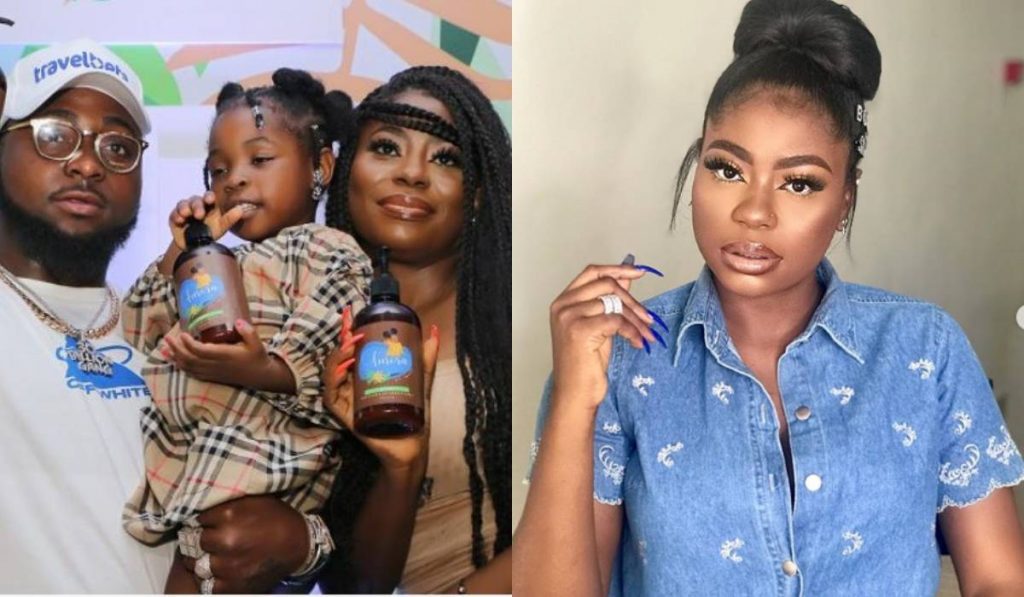 Davido’s first baby mama, Sophia Momodu, on Tuesday recalled how she had a fit after discovering that her baby daughter would bear the singer’s last name.

Recall that Sophia and the international music act welcomed young Imade in 2015.

According to her, she had concluded the arrangement that the girl would be called ‘Imade Momodu’ to reflect her surname instead of the ‘Imade Adeleke’ that she was christened.

Sophia who said that she was distraught by that single act also expressed how hard it was for her to accept the news at first.

In a post shared on her Instagram page on Tuesday, Sophia disclosed that she tried all the feminist tricks in the book that she could think of.

None worked as her mother and aunties taunted and laughed at her tantrums endlessly.

“I remember my mom & aunties laughing at me when I was crying because my daughter’s last name wasn’t going to be Momodu so I was genuinely distraught • I was even arguing & everything that they put her fathers full names & not a single letter from mined) Pulled out my feminist card & everything.. Z! E pain me gan that year sha awn.” 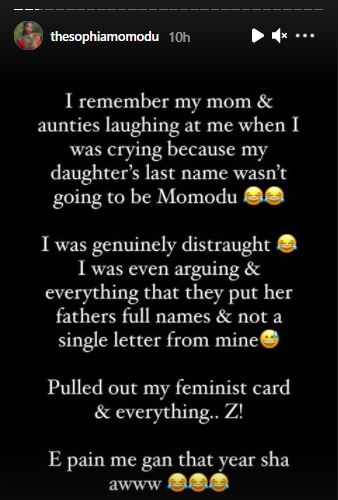 Related Topics:DavidoImadeSophia Momodu
Up Next